China, Japan and US are top three spenders 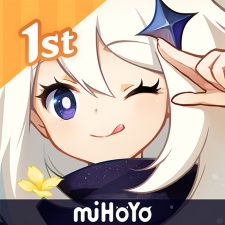 Genshin Impact has generated $2 billion in worldwide player spending via Apple App Store and Google Play Store in its first year since launch.

According to Sensor Tower, since the game’s release on September 28th, 2020, it was the third-highest revenue generating mobile game behind Honor of Kings at $2.9 billion and PUBG Mobile at $2.8 billion.

Pokémon Go and Roblox tied for fourth place at $1.4 billion. It is worth noting that these figures are not inclusive of third-party Android stores.

Genshin Impact has had one of the most successful launches of a mobile game ever.

Within six months since launch, the game had generated $1 billion in revenue, beating the nine months it took Pokémon Go to reach the same milestone.

In comparison, Pokémon Go generated $1.1 billion in player spending in its first year.

The largest market for player spending was China where the game has generated $577 million, 28.6 per cent of global revenue. Japan ranked second place in overall player spending at 23.7 per cent and the US came third with 21 per cent.

Outside of China, Google Play accounts for the majority of consumer spending at 53.6 per cent, whereas the App Store represents 46.4 per cent.

Genshin Impact is also available on other devices, such as Nintendo Switch and Playstation, therefore overall revenue figures will be higher than represented here.

Genshin Impact, alongside Roblox and Pokémon Go, has pushed an increase in worldwide weekly consumer spending by 35 per cent year-over-year for Q3 2021.