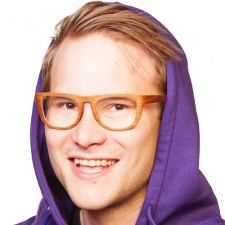 When we started Kopla Games in 2015, we had the same ambitions as a lot of start-ups.

There were only four of us at that time – me (CEO), one designer, one artist and one programmer – but we knew right away how we wanted to work.

We hold ourselves to standards of fast and continuous validation, working in small teams with laser-sharp focus – although having come from a much bigger company in Rovio, this was driven by necessity more than anything else.

But we quickly recognised the need for a more evocative vision, and it came to us from a prototype we made within the studio’s first two months. That prototype would go on to become Nonstop Knight, and our mission became immediately clear: to introduce action RPGs to everyone.

Nonstop Knight was a pure distillation of this ambition, and the response – 15 million downloads, Flaregames publishing the game and ultimately acquiring our studio – suggested that it was well-founded.

It’s a statement that still encapsulates the kind of games we want to be creating and the impact we want to have.

More than that, it’s a guiding light to which we can always refer to assess whether we’re making the right moves: does what we’re doing help us to introduce action RPGs to everyone? If not, why not?

Our first ambition for Kopla was to create a culture in which we would like to work ourselves and we believe that when the focus is on building great teams and a supportive environment around them, it’s only a matter of time before success follows.

But as part of this, we also believe that enshrining “introducing action RPGs to everyone” as an underlying principle behind every aspect of company strategy ultimately helps our employees as well as our games.

We haven’t grown dramatically – we are currently 15, including our office corgi (officially Chief Well-being Officer) Lili – but this consistency of vision means that every one of our team members has joined a studio with a collective goal, believing in their own abilities to help us reach it.

This doesn’t mean we’re all the same; different perspectives and skillsets are crucial when creating rounded experiences. But it ensures that everyone is bonded by an ambition and that we can be as clear as possible with candidates about what they’re signing up for.

For instance, we’re currently hiring for the first time in a while, aiming to fill a vacant producer position. Right at the beginning of that job description, we explain that we’re aiming “to set a new benchmark for action RPGs on mobile for fans of Diablo,” and the language of RPGs is peppered throughout.

It may seem a minor detail, but it’s easy for individual employees to lose sight of the studio’s overarching quest under the weight of their day-to-day responsibilities. That’s something we’re keen to avoid, and we feel it’s important to set this precedent as early as possible.

It’s when facing adversity that you really learn the value of your mission statement. We spent a long time, following the launch of Nonstop Knight, experimenting with different ways of maintaining action RPG authenticity in made-for-mobile experiences.

The seriousness with which we take this ambition meant that we killed more than 10 good, varied prototypes over a period of 1.5 years.

This naturally led to some soul-searching, which ultimately resulted in us putting action RPGs to one side for a short time to experiment with something entirely different.

Doing so was illuminating, as it reminded us where our strengths and passions really lie. We felt a renewed vigour for the genre and the vision, and it was soon clear that a fully-fledged sequel to Nonstop Knight would be the best way to serve them.

Nonstop Knight 2 launches later this year, and it’s a culmination of the fresh ideas from our prototyping phase and the solid foundations laid by the original game. Working on it every day brings a joy that reminds us why Kopla Games exists.

We are Kopla Games, and we are introducing action RPGs to everyone. So, if you work at a games studio, I urge you to ask yourselves: “who are we and what do we do?”

Defining that should provide an ever-present reminder of what’s important, especially when you can’t see the wood for the trees.

If you’re interested in helping Kopla Games to launch Nonstop Knight 2, you can check out the producer job listing on its website.