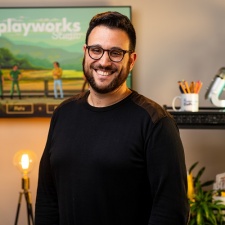 What will follow the year that was 2020? The tumultuous events of the past 10 months are likely to have long-term impacts that we can’t yet fully predict. Having said that, below we look at some of the trends we might see in 2021 in the mobile game industry.

The growth of hypercasual games needs no introduction, yet what’s worth noting is how the category is growing both inwards and outwards. From an external perspective, we see a trend of hyper-casualisation in genres outside of hypercasual, where games and apps from other genres take on characteristics and borrow elements from hyper-casual games. We’re also likely to see an uptick in IPs creating games with hypercasual mechanics (in the same way that Frozen did with Match-3 games) as another way to attract potential new users to an existing franchise.

On the flip side, hyper-casual games are increasingly taking on concepts from other genres, evolving to become more ‘hybrid-casual’. In particular, deeper and richer meta will be added to some games to make them more interactive and in some cases more challenging. This began to take off in 2020 and is likely to develop further over the next year.

The pandemic and lockdown have forced everyone to move even more of their social lives online, and it’s impacted the way we game too. This is reflected in the impressive rise of apps and games like Houseparty and Among Us. Potentially spurred on by the current situation and also the constant creativity of developers aiming to improve retention in their games, we’re likely to see an increase in more engaging mechanics, such as social features, inside of games. This could include activity feeds (where users can follow the in-game progress of others), in-game chats, push notifications that alert users of mentions or invites from friends, and guilds (AKA clans or groups). As opposed to sitting as a layer on top of the tech, these mechanics will now begin to be built into the game itself from the get-go, as a core part of the gameplay.

2020 saw much greater adoption and market penetration of in-app bidding, as some of the initial technical hurdles around creating a shared standard for the complex in-app ecosystem were overcome. 2021 is likely to be the year where in-app bidding becomes the default, as it proves itself the most cost and time-effective way of managing in-game monetisation. As more demand sources release support for bidding, we’re likely to see it enjoy even greater market penetration.

As we’ve experienced over the past three years, ad creatives are increasingly making waves in how they push the needle in user acquisition campaigns. The sometimes dramatic increase in a game’s marketability and reach, brought about by a strong creative, has encouraged a new way of thinking on how to incorporate strong marketing concepts into the actual game. In 2020, we saw the beginning of hypercasual games taking the best of their ads with regards to marketability and retention, and packing them into one game, resulting in a game that is actually a combination of many successful minigames or marketing themes, in one.

This strategy is now seeping into the casual games category. Casual games are generally based around one core mechanic (take Match 3 for example) and a metagame (such as decoration or collection), and it will be interesting to see the combination of core gameplay, metagame, and ad creative inspired mini-games, all combined. This will further drive the trend of those designing creatives thinking like game designers, and the other way around.

Following on from 2020, we’ll also continue to see the rise of in-house creative production, powered by developments in creative product and management technology which make it easier than ever to create engaging interactive ads at scale.

Lastly, it would be hard to talk about 2021 and not mention Apple’s impending changes to ad tracking. While the changes most directly impact UA managers, they are also likely to impact stakeholders across mobile gaming companies, from product management to monetisation. Much is still unknown about exactly how Apple’s SKAdnetwork 2.0 works in the wild, but it’s clear that 2021 will be a year that has everyone in the industry rethinking their approach to growth and monetisation in the context of user privacy.

Beating the myth of hypercasual: creating long-term retention and success