Gaming's next big step will take it into CTV 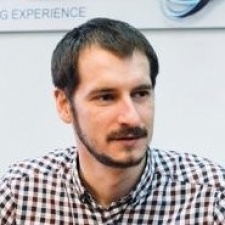 Sergiy Mishchenko is the co-founder and СЕО at Playcent Games, a startup, pioneering in the CTV game development industry.

Do you remember the first time you played a game on your phone?

The concept of enjoyable gaming on what used to be chunky bricks that would charge $0.10 per SMS was considered a pipe dream, though the Japanese market caught onto mobile gaming trends long before the West.

For most of us in America and Europe, however, the first game we played on our mobiles was perhaps Snake, especially those with the original Nokia 3310 phones.

Let that nostalgia sink in, and then just consider how far mobile gaming has come since then. Mobile gaming, fueled by the twin factors of casual gamers and catchy ‘gacha’ mechanics, has become a multi-billion dollar, highly advanced industry, and mobile games are only continuing to grow both in popularity and in technical achievement.

And now the next great leap forward in gaming is coming thanks partly to our collective couch sitting over the last year.

Yes, seriously, thanks to the pandemic, gamers are realising that sofa squatting, flipping through YouTube channels doesn't have to represent the end-all be-all of our cord-cutting experiences, and CTV gaming (Connected TV) may be just the antidote.

It probably did not escape your notice that the last 12 months have been, let’s say, somewhat unusual.

I can’t speak for you but believe me, I was very glad I had some content subscriptions to stream through my smartphone, and many others were too.

Popular before the pandemic, CTV has now become pervasive. Netflix and Amazon TV are media giants in their own right and are extremely popular with both Millennials and Generation Z.

We might not have everything in common (as a Millennial, Gen Z’s hatred of skinny jeans is beyond me) but we know what we’re talking about when it comes to content; It’s king.

We also prefer to watch content via smart TVs, with around 33% of people watching online videos on smart TVs compared to 23% via a video game console.

CTV’s popularity is projected to continue at an exponential rate going into 2022.

According to one report by the digital ad agency Zemoga, the CTV app industry will be worth $120 billion by 2022, and $200 billion by 2024, before finally overtaking pay-TV within five years.

Also, 46% of Americans already subscribe to two or more CTV services (with an average subscription rate of 4.3), representing a 130% increase since 2014.

The choice available to the consumer is almost overwhelming. Apple TV, for example, has a selection of nearly 14,000 apps available, along with over 8,300 content publishers.

On Roku, more than 21,000 apps are present, and Android TV is catching up with 7,000 CTV apps already available. The gulf in choice when compared with regular terrestrial or satellite TV is simply astronomical.

The market is becoming flooded with new CTV apps, devices and ideas, similar to 2007 when mobile gaming exploded in popularity. And yet, the true potential of CTV gaming remains untapped.

At present there are considerably fewer gaming apps on CTV platforms compared with other forms of content. Apple TV for example offers around 2,500 games, representing its third most popular category amongst users, and Roku has a grand total of 273.

At present there are considerably fewer gaming apps on CTV platforms compared with other forms of content.

At present, games account for just around 1.4% of the total CTV market.

This is because streaming apps are not in themselves a final product, but are instead a channel of a pre-existing content site.

That makes streaming app creation a rather more straightforward process than game development. While a YouTube creator can be expected to carry at least a portion of their viewers with them onto a CTV streaming app, no such guarantee applies to games, making it a significantly larger risk for developers.

This, alongside the relative newness of CTV in general, has resulted in many developers taking the safer choice and staying out of CTV game development.

However, the market is changing and the massive increase in CTV uptake is leading to an increased interest in CTV gaming.

Snake was released in 1997 when mobile gaming was in its infancy, yet it took until 2007 and the release of Apple’s iPhone for the concept to gain real momentum, and another two years for the release of the massively successful Angry Birds.

Candy Crush was a similar game that took off into the stratosphere, with both it and Angry Birds showcased the key aspects required for a mobile game to succeed. They were flashy, pleasing to the eye with catchy branding, and offered a simple, easy to enjoy casual gaming experience.

This was a winning formula. Gamers loved the concept of quick in and out 20 minutes adventures and by 2020 mobile gaming was worth $85 billion, around half of the total gaming market.

Is CTV gaming at its iPhone moment, waiting for an Angry Birds to appear? Maybe – there certainly are some trailblazers out there leaving their mark on the landscape.

Playtium is another, and is working on developing CTV games for Roku, banking that the platform’s lack of content will provide an interesting testing ground.

Startups are also throwing their hats into the CTV gaming ring. Playcent Games is a good example of these CTV up and comers, who are often motivated by a desire to revolutionize the industry as much as make a buck.

On launch, Playcent Games team announced that they were unhappy about the lack of professional quality games on the CTV market and wanted to do something about it.

Regardless of whether their efforts pay off, it’s safe to expect that, with the sustained rapid growth showcased by the CTV industry, there will be games on it.

Whether that takes the form of mobile-like casual gaming, or more involved streaming services similar to game streaming services being developed by major market players, the future of gaming is more likely than ever to be found in CTV.

Which is pretty damn awesome.