David Kim, VP of Business Development and Marketing for wdny.io explores the facts, the fallacies and the phenomenon 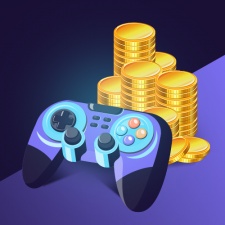 David Kim is the Vice President of Business Development and Marketing for wdny.io which helps companies in the entertainment, video game, music, sports, collectables, and consumer products industries launch projects based on their IPs on the WAX blockchain.

There are a lot of misconceptions, misunderstandings, and myths around blockchain, NFTs, and as a result, play-and-earn game monetisation.

Here are the four most common myths which people cling to and information to set the record straight.

Myth 1: Blockchain and NFTs are terrible for the environment.

This is the single most widely believed myth about Blockchain and NFTs and stems from the first two blockchains which were widely adopted, Bitcoin and Ethereum.

These utilise 'Proof of Work' protocols, which consume a lot of energy and are bad for the environment.

But these blockchains represent only a small fraction of all current blockchain activity (and Bitcoin can’t support NFTs making it pretty much irrelevant to conversations around play-and-earn games).

Most blockchain activity now takes place on newer chains which utilize some form of 'Proof of Stake' protocol which is much more energy-efficient, with some chains such as WAX using no more energy to process a transaction than traditional e-commerce or game servers.

For perspective, there are about 25 million transactions daily across all blockchains, most utilising Proof of Stake, while Ethereum only accounts for about 200,000 of these (less than one per cent).

So as long as you are utilising a Proof-of-Stake blockchain like WAX, you can be confident that your game’s energy consumption or carbon emissions will not increase compared to running similar functions on your own servers or in the cloud.

Myth 2: Blockchain and NFTs are scams.

Blockchain is a technology for storing, processing, and communicating information--really just another type of server architecture if you will--and like any technology used for storing, processing, and communicating information (for example: internet, email, telephone, TV, snail mail, etc.), it can be used by unscrupulous individuals for scams.

A play-and-earn economy, like any economy, is dependent on there being an equilibrium between sellers and buyers.

But, that does not inherently make blockchain or everything it is used for a scam. Putting aside the debate on whether ownership of digital art in the form of NFTs is legitimate, let’s focus on the use case of NFTs and blockchain for play-and-earn monetisation in games.

When implementing play-and-earn monetisation, an NFT is essentially a key that grants the player who holds the NFT the right to utilise in-game the specific item, service, or benefit the NFT represents.

Because it is an NFT on a blockchain, the player also has the ability to sell/transfer possession of the NFT and the in-game rights associated with it to someone else outside the game, possibly for real money.

So basically you are simply giving players an additional option of something they can do with their digital in-game items. Adding new options for players while taking away none of what they already have is not a scam.

Myth 3: It would be easier and better to create real money trading systems in-game.

This myth is espoused by people (especially gamers) who do not understand all the elements involved in implementing a real money marketplace.

At a core technical level, yes, implementing such systems is probably not that difficult, and it may lead to a better user experience (UX) for players, but what believers in this myth are not aware of are the significant legal and regulatory issues which need to be addressed in creating a system to facilitate a real money transaction between two third parties (e.g. players).

In many jurisdictions, operating such a system requires special licenses and systems for compliance with regulations around know your customer (KYC), anti-money laundering (AML), and tax reporting. Meeting these regulatory requirements is not a trivial undertaking, and is not something that most game companies have either the expertise or resources to manage.

Making in-game items into NFTs and allowing players to take those items out of the game and sell them on marketplaces operated by third parties instead of an in-game marketplace takes the game publisher/developer out of the role of being a facilitator of the transaction and shifts the burden of meeting these regulatory requirements to the marketplace operator for whom complying with these regulations is a core function of their business.

Mayth 4: Play-and-earn is only of interest to gamers who just want to make money and isn't sustainable long term.

Right now you are probably hearing a lot of stories about play-and-earn games being played by people in countries like the Philippines, Venezuela, Brazil, and India who are earning a living from it.

Having taken a look at some of the current generation of early and simple play-to-earn games, the thought goes through your mind “why would anyone want to play something like this except to make money,” and “this has no connection or relevance to ‘real' games.”

Except, in reality, play-and-earn has already existed for decades--in the form of gold farming and skins trading. These activities haven’t persisted in games for decades (even finding root in games that prohibit the trading of in-game items) just because of players primarily looking to earn money.

A play-and-earn economy, like any economy, is dependent on there being an equilibrium between sellers and buyers.

Gold or skins 'farmers' are the sellers, but they aren’t selling to other farmers, they are selling to real players from whom there is enough demand to support viable and even thriving grey markets long term despite the risks of getting ripped off or banned from a game.

Play-and-earn brings this market into the light, giving game developers more visibility into previously opaque areas of their economies so they can better maintain balance while also allowing them to earn additional revenue from that activity, as well as providing players with a more secure, above-board process for making these transactions.

This article has been provided as opinion. We would always recommend doing your own research and taking professional advice before utilising or investing in blockchain and NFT technologies.