Azur Games and KishMish Games detail the conversion of FlyCorp from PC to mobile, ensuring its fundamental appeal could be delivered to the mobile player base, and key changes made for the F2P space 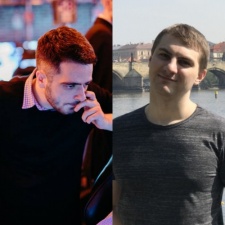 In 2021, Azur Games teamed up with KishMish Games to take FlyCorp, a game originally developed and released on Steam, and tested it on the mobile market. For both Azur and KishMish, this was an experience with a lot of firsts: we had never published games that were originally intended for PC, and KishMish had never been involved with mobile projects before. However, the original idea with its engaging and meditative gameplay fit perfectly into the new market.

Eventually, the project earned up to $250,000 monthly at its peak, and player retention reached 50 per cent. But successfully adapting the game required several iterations, and a deep understanding of not just what PC games can add to mobile, but how best to express that to the mobile player base.

Initially, our studio wasn’t planning on entering the mobile market at all. For several years we’ve been quite successful in making premium PC games, and we’ve been doing hardcore simulators exclusively since 2017.

But in 2019, we attended a conference which revealed how significant mobile developers and publishers were in the industry. That’s when we had a thought that we should also try to do something less hardcore: something convenient and simple, yet captivating. A little later, game designer Kirill Shcherbakov came up with the idea for a completely new game.

He took note of FlightRadar24, where you can follow planes around the planet in real time. The idea was to make a game where players can build routes between cities and countries, upgrade airports, and monitor air traffic.

We initially developed and tested it for PC, but it aligned with our ambitions to enter the mobile market. Steam ratings were extremely encouraging, staying in the “Very positive” category, and FlyCorp was a featured games on the platform.

The search for mobile publishers

Thinking about branching out to consoles and mobile, we thought this was something we could do internally. But after talking with people from the mobile industry, we realised that we don’t possess the required level of expertise in marketing and promotion. Also, we needed very large budgets so we could scale.

Here are our tips on how to find a mobile publisher:

Azur Games was our choice, and we prepared the first build for mobile platforms. In terms of gameplay, mechanics, and visuals, it was essentially the same as the PC version, but the first important – and arguably most critical – joint decision was moving from a premium model to F2P.

A look at first test and metrics

We immediately offered to take the game for testing as it was, although before we got the first metrics, it wasn’t entirely clear where we’re going with it. The odds, however, were in our favour — the game had an original idea, concise visuals, and the mechanics were easily as satisfying with touch controls.

There were questions about monetisation, but at this point, our prioritises were in ensuring the mechanics were captivating and meditative.

After the first test in February 2021, we saw the following metrics:

Approaches for the mobile and PC markets are very different. In mobile, everything is built on A/B testing and look at the dynamics of metrics

The retention wasn’t the best, but we understood that this was due to having simply transferred the PC version with very few changes.

Approaches for the mobile and PC markets are very different. There are simply no tests on PC other than the Early Access feature on Steam. Developers release a relatively finished game, look at reviews and then do some more work.

In mobile, everything is built on A/B testing — we build hypotheses, release them to a small part of the audience, and look at the dynamics of metrics. As a result, only the updates that are guaranteed to improve the metrics go into the final release.

What we changed and new metrics

The first thing we did was a complete redesign of the interface. We scaled back on the text, made more icons and enlarged them. We also increased button press zones, resized the planes, and reduced wasted space in menus.

After that, we started working on controls. The PC version has very small clickable areas, since you can control the mouse much more precisely than your finger. Because of that, we made the routes stick to the cities like magnets — it immediately made the core mechanics much more user-friendly.

Most importantly, the design and mechanics didn’t change at all — everyone liked them as is.

The only major gameplay change since the first test was the addition of Free Play mode. The idea of an open world where you gradually develop and enjoy the endless gameplay was suggested by the players themselves in the reviews on Google Play. Unsurprisingly, this mode has become the most popular.

We kept the Challenge mode for the players who like to be taxed. The mode offers to reach various goals like hold out for a certain time, or earn X amount of money, or play during a storm when flights to certain cities can be canceled and you have to look for new routes.

We thought everything over as a team and in April the game was ready for the second test. Metrics immediately showed a sharp boost.

With strong retention, we started working on monetisation. We started with ads, but ultimately decided that this wouldn’t be enough because of the high CPI. The audience wasn’t as massive as it is with hyper casual games.

Therefore, we focused on both ads and in-app purchases.

We also added a window for players to leave ratings, which immediately increased the rating in the store from 3.6 to 4.2. Unfortunately, this had to be rolled back due to the crashes caused by third-party libraries.

We started with ads, but ultimately decided that this wouldn’t be enough because of the high CPI.

After this, we began to attract users on a large scale. As a result, at its peak, the game brought in up to $250,000 in revenue. Currently, it has the same performance as during the first month of active acquisition and revenue is about $100,000.

Looking forward, we have a UA boost on iOS and Chinese market exploration to look forward to. Last year, we started publishing games in China and projects are showing very good dynamics, especially in terms of organic traffic. This will let us enter a new market and considerably increase the overall profit from the project without spending any significant amount of developer resources.

It’s worth mentioning that the project has performanced strongly in terms of organic traffic — it makes up about half of all traffic, which is quite rare.

Mikhail Kalinichenko, business developer at KishMish Games, added: “We want to make a challenge editor to let the players create scenarios themselves and upload them for everyone. The new feature will allow users to create unique events, cities and countries, and put them in the public domain. Other players will be able to give it a go and rate it. Features like this one allow us to extend the game’s lifespan without having to spend a lot of resources on constant development.”

We’re also working on a set of daily challenges that will change randomly after a certain amount of time. We’ll expand the Free Play mode, create new mechanics on different continents. For example, it’ll be impossible to create long routes in some places due to constantly strong winds, so connecting flights will become mandatory.

Separately, we’re thinking about monetisation changes. As an option, players will get the ability to automate the gameplay by hiring in-game managers.

We’re also developing current mechanics to increase engagement. For instance, now the game has a mayorship feature — a player can become the head of the city with their name visible to everyone on the server. The mayorship can be bought out, but we also want to make sure that the current mayor can influence the city in a positive or negative way for other players. For example, increased earnings, so that it would be profitable to fly through this city or, conversely, some kind of taxes.

The project turned out to be very successful despite the fact that it was originally made for PC by a team that had never developed mobile games. That is, subject to suitable gameplay, any studio can increase the overall profit without huge investments in new project development.

Our partnership with KishMish shows that it’s possible to successfully develop for PC, consoles, and mobile platforms simultaneously. At the same time, the publisher can take on most of the marketing and promotion, as well as share expertise for the sake of a long-term profitable partnership.