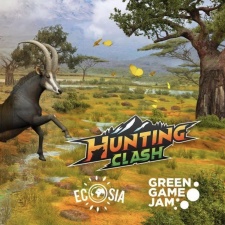 Recently, the world celebrated Earth Day, which saw plenty of eco-friendly campaigns from all over the business world.

Ten Square Games believes that protecting the natural environment is a massive undertaking that takes more than words or simple donations. That’s why they created an event that would help the environment while also teaching their player base about the challenges lying ahead of the planet in the coming years.

But to see how this year’s Earth Day came to life, we have to rewind to last year’s World Water Day, when TSG first tried this concept.

“We wanted our players to learn about the issues surrounding ocean pollution; that’s why we went ahead and touched base with Healthy Seas to create a charity drive that wouldn’t just fund their mission of cleaning up our oceans but also teach players about the issue at hand,” says Olga Ostrowska, environmental social and governance (ESG) manager at Ten Square Games.

That’s why Fishing Clash introduced two extinct fish, the Smooth Handfish and the Houting, into this game, encouraging players to fish for points that would later result in a donation to Healthy Seas. The team was expecting the players to score 74 million points in the event, but instead they scored 134 million.

“Seeing the player engagement we upped our planned donation from $50,000 to $60,000, we felt that the players’ passion and amazing effort deserved something more than just a round of applause,” Ostrowska adds.

As it would later turn out, last year’s effort was only a trial run for something much bigger. So this year, when Ten Square Games was invited to participate in the Green Game Jam by Playing for the Planet, they know exactly what to do.

“We were looking for ways to highlight important environmental issues in a powerful way that would resonate with players. While looking through environmental challenges that the world faces, we chose the Amazon River to represent the impact pollution has on the Earth’s climate,” explains Aleksandra Balinska, Fishing Clash’s product owner.

Being the 'lungs of Earth', the Amazon river and the surrounding rainforest have been constant victims of pollution and deforestation. To highlight that fact, TSG decided to turn Fishing Clash’s Amazon Fishery into its worst-case pollution scenario and have players fish out to clean the river, winning prizes for their efforts.

We're very proud of our players' interest in helping the environment

TSG artists created three new versions of the Amazon for players to fish in, with different levels of deterioration, to show the players their progress on the trash. The team also decided to add trash to fish mouths, which the players would have to remove before tossing their catch back in the water. Seeing that a challenge couldn’t go without a final boss, a big rain boot that would score big points for the players, which marked the first time Fishing Clash players had to catch something that… wasn’t a fish.

"We're very proud of our players' interest in helping the environment. We saw increased player engagement from our veteran players and a positive impact on new players who took an interest in the event. All in all, this event was a win for everyone. The players enjoyed playing it, the team enjoyed making it, and we managed to make a positive impact on the world while at it. I believe it's important that we continue making events like this at TSG, and look forward to doing so," adds Balinska.

The event once again exceeded TSG’s expectations. 162 million fish (and boots!) were caught by the players throughout the week-long event, which resulted in TSG planting 30 thousand trees in the Amazon in collaboration with Ecosia.

“The event's popularity and feedback we received on social media tell us that driving awareness through 'lite' gamification is a great way to encourage people to learn about the environment while driving activity in our titles,” Ostrowska explains.

A month later, Hunting Clash, TSG’s other product, decided to celebrate World Environment Day with an event of their own. The Tanzania hunting ground became littered similarly to the Amazon, and for one day, the Hunting Clash players were tasked with curing the area of a mysterious disease by shooting animals with a special healing tool.

However, the main event was centred around cleaning up Tanzania by collecting garbage cards from various sets. Hunting Clash players once again stood up to the task, collecting nearly 4.5 million cards, which translated to another 30 thousand trees planted in the Amazon by Ecosia, marking another success.

Ten Square Games have shown that games don’t have to be all about entertainment; they can also be a force for good. Here’s hoping that more initiatives like this will permeate the gaming world, as one thing is for sure – the world needs it.

Ten Square Games is hiring. Find out more about this fast-growing Polish developer