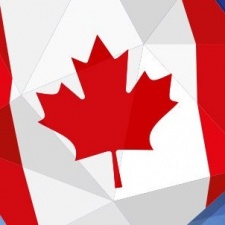 Vancouver is the second largest games hub in the games industry hotbed that is Canada.

Ahead of Pocket Gamer Connects London, where the Vancouver Economic Commission will be bringing a number of local studios to the UK's capital, we caught up with some of the key industry figures from the region to discuss its history and its huge potential.

What’s the development scene like in Vancouver right now – both in terms of how companies are performing and the culture between studios?

Hothead Games director of publishing Gregan Dunn: Vancouver has a great development scene that has managed to persevere and succeed through all the ebbs and flows of the industry over the past three decades.

There have always been great studios making exceptional games here in Vancouver. It’s one of the birthplaces of the games industry going back to the early '80s when Distinctive Software was making great games like Evolution, Fight Night and Test Drive.

For those of you that are old enough, you’re sure to have played one of their hits from back in the day. A local newspaper wrote this great history of the industry in Vancouver a few years back called 'Vancouver’s Video Game Family Tree' – which I highly recommend you check out if you’re interested – the highlight being a family tree of all of the studios that were in town at the time.

The city has a positive and supportive vibe between all of the studios and there are several great meetups where industry members meet to talk shop.

Eastside Games CEO Josh Nilson: Booming – we are growing at a rapid pace. Vancouver is the second biggest gaming cluster in Canada and could easily become the biggest in the very near future.

I’ve worked in games for over 10 years and the industry has never been this collaborative. We have regular meetups to connect, share information, and help each other out. It’s very Canadian.

Session Games co-founder and CEO Ian Verchere: There is such a long history of game development and commercial success in this city, going back over 30 years.

Most of us have some (or a lot) of history with EA Vancouver, or have worked together at larger developers that blew up or got acquired, and then left to start our own development studios or production companies.

It’s a tight and supportive community for the most part, and we’re happy when other studios succeed.

A Thinking Ape CEO and co-founder Kenshi Arasaki: There is always a bit of boom and bust in the Vancouver games industry. Studios are constantly opening and closing but the core of the industry has been strong for decades and the talent pool here is very deep.

Studios are pretty generous with sharing information and helping each other out. Vancouver is a well-connected city and we all know each other and oftentimes have worked together at other studios.

There is a general attitude that we are all in it together rather than competing against one another.

What are the advantages of setting up a studio in Vancouver?

Verchere: We’re all active skiers, boarders and mountain bikers, and so there’s our backyard.

But, lifestyle only gets you so far; Vancouver has real challenges with housing and cost of living, and it’s really hard to find cool spaces for developers to set up. This is offset somewhat by access to the big, experienced talent pool.

Saturn Animation Studios director Nazim Ragimov: The financial support and patient capital of the Government of Canada enables us to experiment with technologies and conduct research in areas that cannot bring quick profits, but could help to gain a competitive advantage in the future.

Vancouver is one of the best places to live and work in the world and because of that we can attract world-class talent.

Our company is also being mentored by a local innovation hub. With such support, the chances of success are clearly greater.

Nilson: Location. Vancouver is one of the best places to live and work in the world and because of that we can attract world-class talent.

We are close to everything, not just other cities, but also to everything you need to build a good studio, such as amazing coffee and some of the best beer in the world. Vancouver also has a strong start-up culture, so we pull from that.

Arasaki: Vancouver is an amazing place to live and ranks high in terms of livability. Things like access to natural environments, walkability, transit, bike paths and so forth all make for an amazing city. There is also a deep pool of game development and technology talent.

Are local universities, colleges and other educational institutions in the area providing enough talent that fulfils your needs?

Verchere: For sure. We’re very active with Emily Carr University of Art and Design and the Centre for Digital Media in working with, and looking for, that combination of creativity and entrepreneurship that Session demands from our full-time team.

Ragimov: Yes – we often collaborate with the computer science departments of local universities and training institutions, whose students conduct research and develop complex features for our application.

Nilson: Yes – we have formed close bonds with all of the local institutions and have hired some incredible talent from our co-op program.

Arasaki: We find a lot of our talent from schools locally, nationally and even internationally. We look for candidates that are passionate about developing community-driven mobile games and want a high degree of ownership over their work.

Local institutions continue to produce a lot of graduates, and approximately 30 to 40 per cent of our workforce graduated from a post-secondary institution in BC.

Ultimately, in order to find the best talent, we hire locally but also continue to look outside of Vancouver to increase our pool of talent and grow the existing local gaming community.

What is Vancouver’s reputation when it comes to hiring staff from overseas and is this a challenging process?

Vancouver Economic Commission executive director for Media and Entertainment Nancy Basi: Vancouver has always been good at attracting talent – both students and professionals – from overseas due to the wealth of opportunities in the city as well as the city’s attractive lifestyle.

Vancouver has always been good at attracting talent – both students and professionals – from overseas.

As a bonus, the Canadian immigration process has greatly improved over the last few years, with professionals eligible for two-week visa fast-tracking through the Global Talent Stream.

Verchere: Vancouver is on the map for games and for the quality of life in the city, but the cost of living, and the lack of affordable housing, is no great secret. For Session, we like to contract with the right teams and talent from overseas.

Arasaki: Many international candidates are drawn to Vancouver for various reasons. The process to hire from overseas ranges in difficulty depending on a variety of factors, including country of origin, work experience, education and seniority of the role.

Ultimately, if a company is able to invest the time and resources, the systems are in place to hire candidates from overseas, particularly for more senior roles.

What are the biggest changes and challenges you’ve noticed that are affecting the Vancouver games industry over the last couple of years?

Nilson: Rise in home-grown companies over the last six to seven years. In Vancouver, you have ESG, A Thinking Ape, Hothead, IUGO, Klei, Skybox; in Victoria, Kano; Hyper Hippo in Kelowna, and more – all 50-plus person studios, built in British Columbia and growing.

You are seeing more local studios starting, growing, and profitable than ever before. This is the real backbone of B.C. game development – it attracts big companies to set up shop here, people work there, and then they go off and start their own thing.

Verchere: The shift and growth in mobile games has created a huge opportunity for smaller companies, while the higher production costs and higher risks involved in console games means that realistically, only EA and Microsoft have the resources to develop titles for those platforms.

That being said, Session is excited about the indie feel of Nintendo Switch development and we’re looking forward to doing more!

Arasaki: The cost of living in Vancouver is high and there are only a handful of larger studios, so attracting senior talent, especially folks with families, is a recurring problem that we've felt and we've heard is an issue for other companies across the tech sector.

Basi: The trend I’m personally the most excited to witness is that Vancouver is generating more IP in games.

The most obvious trend, however, is that we are exploding as a VR/AR hub and this will continue – there are over 220 VR/AR companies and players in the city, making Vancouver one of the top five largest and fastest-growing virtual and augmented reality hubs in the world.

I hope. There’s a lot of smart, experienced people in the city and it’s always exciting to see what comes out of here.

In terms of challenges, talent and capital are the universal challenges for every start-up and scale-up in tech hubs like Vancouver. It’s part of our growing pains.

However, Vancouver has a 40-year history in digital content creation, and a diversely skilled talent pool to reflect this heritage. It’s pretty normal in the industry for professionals to move and reskill between related sectors – animation, VFX, mobile and console games, for instance – as needed.

What does the future hold for Vancouver as a games hub?

Verchere: Great things, I hope. There’s a lot of smart, experienced people in the city and it’s always exciting to see what comes out of here.

Arasaki: Vancouver has a long history of being a major hub for games. That likely won't change as more and more people want to live on the West Coast and the tech scene here continues to grow.

Basi: Esports is a trend that is beginning to really enter Vancouver games culture. DOTA 2 recently hosted its world championships in Vancouver and there is a 200-seat esports stadium for smaller tournaments that is being built nearby.

Local esports teams are growing and many games companies are focused on servicing this growth, whether it be through better software, platforms, content or training.

The interrelated sectors of VFX, animation and post-sound and motion capture have healthy foundations in Vancouver – I would like to see it grow into its potential as a place to do end-to-end games production, including voice acting, for instance.

It’s well within Vancouver’s capabilities and there are undercurrents that seem to be towing it in that direction. And given the trajectory and momentum of the virtual and augmented reality sectors, I think Vancouver will continue to shine brightly there.