Supercell's Greg Harper on why tablets are the ultimate games platform

Got to be from the ground up 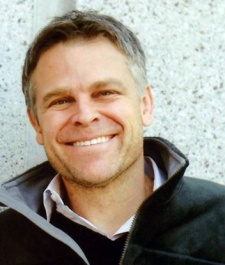 With plenty of experience in the gaming world, notably at EA's Pogo division, Harper's role is to spearhead the Finnish developer's focus on tablet gaming in the country - what it calls its 'tablet first' approach to the social gaming market.

We'll get to see the first fruits of that with the release of Battle Buddies  a Laser Squad-style team combat game coming soon for iPad.

But, in the meantime, we caught up with Harper to get his views on tablets, monetisation, and what exactly Supercell has against smartphones.

Pocket Gamer: What has prompted Supercell's shift to a 'tablet first' approach?

Greg Harper: We believe tablets are the ultimate games platform. We also are big believers in focus. So, we've focused all of our attention and efforts on creating the very best game experience possible on this amazing platform.

We believe the very best tablet games will be designed from the ground up for the platform. Simply porting existing games from other platforms will not yield the best results.

When you say 'tablet first', do you really mean 'iPad first'?

Gartner Research estimates iPad captured 73 percent of the tablet market in 2011. With that kind of market share and probably an even greater share of the overall app revenue on tablets, iPad has to be a major focus for anyone who is serious about the tablet market.

There's absolutely nothing wrong with smartphones. In fact, I own one myself, love it and play lots of games on it, but the smaller screen can be a bit limiting at times.

The larger canvas of a tablet simply opens up more possibilities. Our games will support smartphones as well, but our primary focus will be to create the optimal experience on a tablet.

Does this mean your games aren't designed for teenagers as they're more likely to have phones and iPod touches?

While teenagers may not own a tablet, they are definitely playing a lot of games on them. One of the things that is particularly appealing to us about the tablet is it's a mass market platform with broad support across all ages.

By all accounts, the next generation of young gamers is growing up on tablets, and we expect them to continue playing right into their teen years.

What advantages do tablets offer in terms of the experiences Supercell wants to provide?

For players, the biggest advantage of the tablets is the display. The screen size and now the incredible Retina display of the latest iPad provide an amazing visual experience for gamers. Sweeping multi-touch gestures can be really fun on those larger screens and they open up new possibilities in terms of controls and actions you can take inside a game.

Plus, these lightweight devices feel incredible in your hands so it's really comfortable to kick back on the couch and play a game with it. As a player, you just can't get all of the wonderful advantages the tablet experience provides on any other device.

How does a 'tablet first' approach change the way you think about monetisation and social elements?

Right now, we're focused on creating highly engaging game experiences that are deliriously fun. If we can get that part right, the money will follow.

With all of our games, social is an integral part of the core gameplay and not a feature we layer on at the end. Tablets are often used in a family or group setting, which offers yet another interesting angle for social gameplay.
Thanks to Greg for his time.