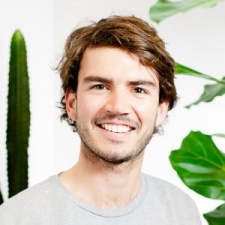 With the meteoric rise of Color Switch, which is on track for 150 million downloads since it launched in December 2015, the world-at-large is looking to jump in on its success.

One such company is Amsterdam-based Poki, which is looking to help Color Switch reach its goal by adding the game to its web game platform.

To find out more, we chatted to Michiel van Amerongen, co-founder of Poki, to find out more about the partnership, and what the service can do for other games.

PocketGamer.biz: How did the partnership between Poki and Fortafy Games come about?

Michiel van Amerongen: At Poki, we believe that the web is, and always has been, an important destination for games.

Despite the fact that most of our growth this year will be on mobile, many of our users use the web as a go-to place to discover new games. This is why we always try to offer our users games that are currently trending.

Fortafy Games recognized this potential, and was looking for an experienced partner that could help them distribute Color Switch on the web while trying to reach their goal of 150 million downloads for the app version of the game.

So when the introduction was done, it was obvious that we could help Fortafy via our service Poki Publishing, not only bringing Color Switch to the 30 million web users on our portal, but also to the 100m+ users of the partner portals in our network, such as Miniclip and Newgrounds.

We believe that the web is an important destination for games.

Given it's been super successful as a one-touch mobile game, why do you think that Color Switch is a good fit for browser gaming?

The controls and gameplay on desktop are very much similar to the mobile version, only instead of the touch pad players use their mouse or track pad to tap the ball.

The number of downloads and popularity on mobile speaks for itself, and since the game is so similar on both devices we think it's an excellent fit for web as well.

Moreover, Color Switch is easy to learn yet hard to master and likely to be shared once players are into it. Now that it’s on the web, it is instantly reachable and playable. Players don’t have to install anything to try it out.

We believe that in this way, the web is a powerful tool for any game that wants to maximize chances of going viral.

Were there any particular difficulties in bringing the game to your platform?

The guys from Fortafy games did a great job porting the app version of Color Switch to a workable version on web using their own engine.

How has partnering with major mobile games such as Color Switch helped grow Poki?

Partnering up with popular mobile games helps Poki grow in multiple ways. Firstly, our end-users can rely on us to always have the latest and trending games at Poki.com.

Secondly, we’re helping game developers expand their audience and promote their games in a way that is efficient and cost-effective.

The web is a cost-effective alternative for game devs to promote their mobile game.

This helps us build trust and long term relationships with developers, and we’re excited about the additional opportunities arising from that as we grow.

What do you think are the synergies between have a mobile game and mobile game also available to play on the web?

Many app developers go app-first and app-only, and as such are missing out on some important opportunities:

The fact that 5 million people will have played the web version of Color Switch in its first month underlines these thoughts.

We believe that releasing a game on both platforms strengthens it on both sides and opens it up for a whole new audience.

Are there any games currently available on mobile that you'd like to have on your service?

We offer a service that enables game developers to be successful in both the web and the app stores. We’ve been in touch with some other developers for some time now.

We cannot yet elaborate on who exactly, but with the success of Color Switch, we expect more developers to hop on board in the upcoming months.

You can check out Color Switch on Poki's web portal, on Google Play, or on iOS.