Two years on: Big Huge Games on the evolution of DomiNations

CEO Tim Train on the game's life so far 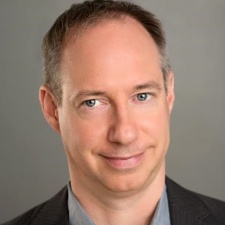 In this entry, we speak to Tim Train, CEO at Nexon-owned Big Huge Games, about the 2015 mobile strategy game DomiNations. It celebrates its two-year anniversary today (April 20th, 2017).

PocketGamer.biz: With DomiNations now two years old, how do you reflect on its performance - from launch to the mature title it is now?

Tim Train: What a crazy and fun ride it’s been! When we launched DomiNations, it represented a number of firsts for the team: first mobile game, first Unity project and first combat city-builder.

Particularly on the technical front, we learned a lot of lessons and spent the first year being sure the game was stable enough to accommodate the strong ongoing community that formed around the title.

For the second year, we’ve been able to focus on fun features and new events for people so there’s always something fresh happening when they log in.

There are tens of millions of people out there who love world history just as much as we do.

Overall, we are really happy that DomiNations validated our big bet when starting the studio - that there are tens of millions of people out there who love world history just as much as we do.

We’re always surprised that there is such a glut of games set in made-up fantasy or sci-fi worlds, when human history is so rich, compelling and cross-cultural.

And we’re only in the Atomic Age - we have plenty of ages to go before we get to the modern era.

How big is the team currently handling live ops on DomiNations?

We have about 40 people on the team, spread across engineering, design/product, art, production and quality assurance.

Customer support is very important to us. Every week we review our CS tickets with the entire company and strive to improve the overall gameplay experience.

However, we are far from perfect and we always work to get better. With the ongoing success of DomiNations, we’re also making significant investments in growing our community, with more people joining the team to respond to players on our forums.

We’re also always working on new updates. Sometimes those are the big technology advances represented by new ages, but we’re also really excited to add popular player requests like Friendly Challenges, which will be included in the upcoming 5.5 release.

You’ll be able to test out new base layouts by having your friends do a "free" attack, or try rolling your own city yourself!

And with our ongoing game updates, we particularly enjoy highlighting characters from history who may not have gotten their due in American history books - from African leader Mansa Musa to China’s Empress Wu - who have had significant influence on shaping the past.

Our most popular updates are the ones that give players new toys to destroy their enemies.

We may have started a new tradition with our April Fool’s sale, with this year’s Fire Breathing Bunny Army.

From Sniper Towers to the newest Coalition Troops, there’s nothing quite so satisfying as a good, righteous smiting.

And we may have started a new tradition with our one-time-only April Fool’s sale, with this year’s Fire Breathing Bunny Army as the inaugural troop. We’re already dreaming up next year’s slightly-off-kilter unit type.

How have you gone about ensuring that DomiNations maintains a sizeable and active player base long after its launch?

This may be a cliché, but we just try to provide fun, new, compelling reasons to return to the game every day.

One of our most important key metrics is "organic installs" - which means new players who did not come to your game via advertising.

That’s a great measure of how many people join the DomiNations community from word-of-mouth, which we take a lot of pride in.

Particularly in this very competitive mobile ecosystem, where it can be hard to get noticed, we love that so many people refer their friends to the game.

To what extent do you feel the need to stay up to date with the developing trends in the ever-growing mobile strategy genre?

I always try to play any major release in the mobile strategy genre, and have really enjoyed some recent releases that avoid the trap of just cloning the latest hit.

I will also buy any quality indie strategy game that gets released, even if I probably don’t have time to play it, just to support different business models on the mobile platform.

Although I love the breadth of audience that F2P titles offer, I also really appreciate an old-school pay-once experience, particularly since our core team spent so many years creating those kinds of games.

We’re really excited to have exceeded 32 million downloads in two years, which surpasses the sum total of all the games I’d ever worked on in the traditional PC space for the first 20 years of my career.

We also just crossed the magic $100 million threshold for total revenue, which again has validated that human history is rich subject matter for strategy gamers.

What lessons have you learned/are you still learning from DomiNations? Is there anything about the game that, in hindsight, you'd now handle differently?

Particularly given that list of firsts mentioned in the initial question, I’d say we learned innumerable lessons from DomiNations and we continue to get better as the game matures.

One key learning is just how important a connected community can be.

One key learning is just how important a connected community can be in helping ensure that the game will continue for years and years.

Features that encourage Alliance participation and cooperation are fun for players, good for long-term retention and give people those reasons to check in several times a day.

Given that learning: in hindsight I wish we had been able to include more robust tools for ongoing events, so we could have provided those to players right at launch.

But now that we have religion on that topic, I’m excited about some of the new modes of play that will be coming in the next year, not to mention any future games.

What's next for DomiNations in 2017 and beyond?

That’s a big question! To start with, we have all of human history from the Atomic Age through to the present day to go.

In the grand tradition of titles like Civilization and Age of Empires, from a gameplay perspective history starts to slow down once you get deeper into the game.

Each "turn" or, in our case each new Age, represents a smaller slice of human history, since people have much deeper knowledge of recent events than, say, the Dark Ages.

We also want to be sure we focus on adding new systems to DomiNations that can span the entirety of the game, so it’s not just the players who have been with us the whole time who are having all the fun.

I’d love to talk about more specifics… but since we want to focus our development process on prototyping the fun first, we don’t like to talk about things too far in the future until we’re confident that they are worth shipping!