Production Manager Andy Dunn on the game's life so far 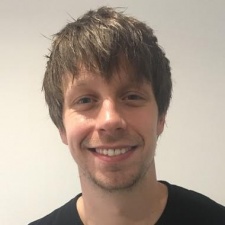 In this entry, we speak to Andy Dunn, Production Manager on Score! Hero at UK studio First Touch Games.

PocketGamer.biz: With Score! Hero now nearly two years old, how do you reflect on its performance - from launch to the mature title it is now?

Andy Dunn: When we launched we got Editor’s Choice from Apple, which was amazing, so the launch for us was far better than expected. The launch spike slowly levelled out, and became by far our most successful app to date.

With the release of the app on the Google Play platform a few months after iOS and subsequent regular app updates, it’s still performing extremely well for us.

How big is the team currently handling live ops on Score! Hero?

We’re a small team anyway (less than 20), with around four to six people regularly contributing to live ops on Score! Hero.

The tech is already in place to make things relatively easy to push out content updates.

Most of these are the designers creating the levels, as the tech is already in place to make things relatively easy to push out content updates.

Customer support is hugely important for us.

We have two to three members of the team who contribute daily towards answering support emails, replying to users on Facebook and Twitter, as well as a couple of external members who help out also outside of office hours.

I think our users are genuinely surprised at how much of a response they get from us, and I’d estimate around 50% of emails are ‘when are more updates coming to your games?’, so it’s nice to know people out there are excited for them.

How have you gone about ensuring that Score! Hero maintains a sizeable and active player base long after its launch? With bitesized levels has it been hard to keep up with the demand for fresh content?

From day one we put the tech in place to make it straightforward and achievable to push out content updates on Score! Hero.

We try to update with new content every six to eight weeks where possible, and we always see a decent spike to downloads and engagement when doing so.

We definitely think the consistent and regular updates are what keep players coming back.

We also do the occasional seasonal side story which involves some more interesting levels, branching off from your Hero’s storyline.

With Score! Hero occasionally seen on advertising hoardings at live football matches, what has been your approach to user acquisition and what channels have proven fruitful?

Glad you’ve spotted them! Score! Hero has been the first game for us where we’ve done much in the way of UA, primarily on Facebook where we’re seeing good results.

In regards to live football LED advertising, this is obviously harder to measure, but it’s just fantastic to be associated with the real thing.

Brand awareness and credibility has definitely been increased since doing this, and it’s always a great feeling when the timing works out and the boards feature on Match Of The Day.

We also tried some TV advertising around Christmas last year, and as much as we were happy with the advert and the process, the results of that weren’t in line with other channels, so we’ve put that on hold for the time being.

Score! Hero has done just over 90 million downloads since launch back in August 2015, so we should be around 100 million by the two-year anniversary.

We’re also seeing consistent DAU of over three million, which equates to over 30 million goals scored a day.

What lessons have you learned/are you still learning from Score! Hero? Is there anything about the game that, in hindsight, you'd now handle differently?

Like most people in mobile, I think we’re still learning, trying to improve our KPIs and the game itself.

In hindsight, we could have optimised our analytics better in order to do this, but it was pretty apparent during soft launch that the app was going to perform well, and far better than previous apps, so I guess there wasn’t any urgency here.

If during soft launch it was showing signs that the game wasn’t going to monetise as well, then we probably would have put the work in earlier.

So that’s what we’re looking to do now, to see how we can improve the Score! Hero experience for new and engaged users, to help improve retention, monetisation and engagement.

We’ve got more content planned, including a special update this summer. We’re still also working on a very exciting unannounced project which will be part of the Score! family.

I wish I could say more on that, but we’ll save that for another time!