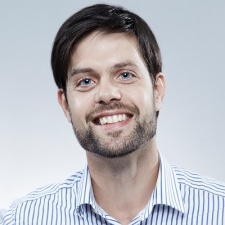 Forge of Empires launched first on browser in 2012, before coming to mobile in 2014. This interview was conducted at InnoGames' Hamburg headquarters as part of the company's 10th anniversary celebrations.

With Forge of Empires now more than two years old, how do you reflect on its performance from launch to the mature title it is now?

Stefan Walter: It was a different experience. Launching on browser in 2012 with not a small scope, but a rather small scope, five years later more than 50% of our players are now on mobile.

We also had to catch up with all the features, because our initial release on iOS was 2014. We needed to catch up on mobile, while keeping up development on browser.

We have players that have stayed with us for more than three, four, five years.

Since we are delivering one version that can be played across all the devices, and not having different versions, this was rather tough.

And then adding Android, and Amazon now, we are so widely spread. This of course comes with a lot of benefits, but also a lot of challenges on the technical side.

We still have 100,000+ players at the very end of the game, and since you need a couple of years to achieve that - or spend a couple of thousand euros, which most people won't do - we do see that we have players that have stayed with us for more than three, four, five years.

It's really cool that those players are still with us and that we've managed to entertain them for such a long period of time.

How have you done that?

A big part of it is listening to players, and being open to information that comes from all sides.

We have a very good presence on Facebook, so we try to entertain players and deliver fresh information on a monthly basis.

Additionally, we have so many community managers out there, people actually helping us to bring in the information from the community - what's wanted, maybe even what's broken.

So listening to them is one key factor, but also having a vision in place within the boundaries we have - being realistic, having a strategy.

Also, everyone on our team is a player, which really helps with the creative process.

How different is the game now?

Kind of a lot, and kind of not a lot.

We try and keep our core as it is, because we still have those players who have followed us for so long. You can't implement something which totally breaks their experience.

In 2016, our mission was to have something new every week going on.

It's challenging to find the right balance of what is the core that we want to keep, and what are the things that we want to change in order to make it more state-of-the-art from a technical side and for new users.

We have a really detailed strategy on that, especially since we are now up-to-speed on mobile as well as browser.

The first priority was that we needed to catch up to deliver the same content, and since we did that in 2015, in 2016 we thought, 'what's next for us?'

In 2016, our mission was to have something new every week going on. We achieved that, but we didn't want to burn out the users.

It's so intensive to play all this content, and we could potentially do even more, but we need to find the balance.

What impact has this had on KPIs?

The last year was kind of a success story for us - we had an almost 50% increase in revenue for Forge of Empires.

Of course, this came also based on the very good marketing we did in 2016, getting a lot of highly engaged and motivated players through the marketing channels.

So traffic input itself was great, but we can also see it in numbers like session lengths, how often players come back, how long they play and how much they spend.

We can definitely see this was the right choice for us.

How do you ensure that all updates meet internal standards?

Luckily, we don't often have to kick features already in-game. But while developing, if the feedback isn't good, we're able to push it back two steps and explain to upper management that we cannot deliver.

We should take care of quality, because we want to ship games for players.

That's the beauty with InnoGames, and Hendrik the CEO is fully on that. We should take care of quality, because we want to ship games for players.

So if we are not confident on quality, how can we expect players to be?

Still going strong at five years, can Forge of Empires be the next Tribal Wars?

14 years? That's quite a benchmark.

That's a goal for us. We say that although we're in the fifth year, we can still grow in the next year and potentially the year after - and then it's already seven years.

So 14 years? We totally see that Forge of Empires will be there.

How big is the team currently handling live ops on Forge of Empires?

It's 40 people right now. It was a little bit bigger last year, but we managed not to decrease in speed by optimising all the processes.

We not only question the game, we also question the process quite often, and rearrange where we do see a need. From 2016 to 2017 we changed the structure to support our roadmap.

It's the biggest individual game team at InnoGames.

What lessons have you learned/are you still learning from Forge of Empires? Is there anything about the game that, in hindsight, you'd now handle differently?

It's hard, since there are not too many things where we would say 'man, this was crap!'

I don't want to say we made things perfect, because that's not something that anyone would say, but I can't see a huge issue that we should have tackled differently.

I guess that's based on the fact that we had so much input from so many people in different fields, and we're hopefully always aware of problems we should take care of.