“We had to keep track of our existing community, whatever changes we did had to be considered with them in mind as they like the game as it is” 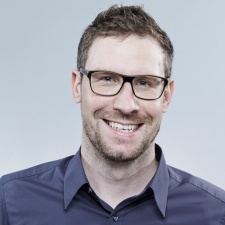 In 2016 the Warlords project found itself adrift a mere month after launching.

Released in September of that year by Wooga’s midcore-focused spin-off studio Black Anvil, it fell foul to Wooga's reconstruction as it honed in on casual titles.

Bar the odd bug fix; Warlords would be considered feature complete with no new updates forthcoming. All that would change, however, when fellow Germany developer InnoGames struck a deal to take the title on as its own.

Now called Warlords of Aternum, the turn-based strategy game has been transitioning into something in InnoGames' own image with each passing update.

According to InnoGames, average session length per play has jumped up 20 per cent across iOS and Android since its launch.

Speaking to PocketGamer.biz at Gamescom earlier this year, Warlords of Aternum product owner Sebastian Seeber explains that remodelling the game has given rise to the project’s more prominent challenges.

Warlords had an established community lying in wait and one that had grown accustomed to a game that they had already bought into.

“We had to keep track of our existing community, whatever changes we did had to be considered with them in mind as they like the game as it is,” Seeber tells us.

“But we certainly believe in improving it in some fields to make it easier for new users to jump in to make the earlier stages of the game easier to follow.”

Alongside the familiar spectre of managing player expectation, the InnoGames team also had to grow accustomed to code that was not their own.

Sometimes it just takes us a bit longer to get into the code.

As such, work had to be more considered and more time had to be taken to ensure nothing went awry.

Seeber goes on to use an example of tweaking the abilities of certain regiments - a cluster of units such as an archery regiment - within the game and how firing a goblin out of a bazooka became oddly problematic.

“This ability had some side-effects on the battle system so we had to tweak it for several weeks to make sure that it worked and there wasn’t, say, five abilities overlapping,” Seeber explains.

“But you also have to make sure that people don’t think the game has stopped when something like this happens.

“One of the surprising things is that sometimes it just takes us a bit longer to get into the code. It’s a challenge, but so far the team has been tremendous in getting it together and working.”

Alongside a swathe of social features, One of the changes the team pushed for earlier on was a balance fix to stop a popular regiment from being dominant.

We had to keep track of our existing community, whatever changes we did had to be considered with them in mind as they like the game as it is.

“One of the biggest changes came when we first picked up the game and saw that everyone was putting all their attention and upgrades into one of two regiments," Seeber tells us.

"So they had one superpower hero who was used all the time and was the only battle winner, with everyone else getting blown to pieces.

“We thought it wasn’t cool as we wanted more priority towards battle modes with more interesting to use regiments. Not just one superhero.”

In a previous interview with PocketGamer.Biz back in July 2017, studio director Philip Bang likened the process of taking over Warlords to completing an unfinished house.

“The Wooga team built a wonderful foundation and a wonderful house, but inside the house is not complete,” he explained.

“The villa is there, but we have to finish that villa.”

Keeping with that theme and following InnoGames' work on the game so far, Seeber does see the metaphorical villa as complete, but isn’t against the idea of changing up the odd bit of furniture.

“I think the Villa is finished," he says. "We have everything we need from the user experience side of things to make it an interesting game to play for months to come.

“But we would definitely like to polish the garden and maybe change the wallpaper.

“So smaller updates. Nothing to change the game drastically as it’s a great game already, but improving the systems we already have.”

InnoGames studio director Philip Bang will be among an eclectic range of speakers at Pocket Gamer Connects London. For more details about the event, head to the website here.