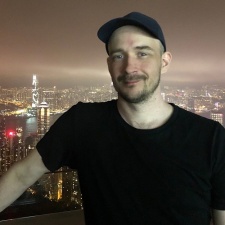 The life of a solo developer can be challenging, yet one that gives a developer freedom to utilise their imagination and creativity to its fullest.

There are always caveats to this but being able to work on a project from scratch and see it through to completion is something that inspires so many to jump into the world of indie development.

Stefan Åhlin is the solo developer based in London, who is working on the single-player card RPG Void Tyrant with Armor Game Studios. Åhlin has been in the industry for well over a decade working as an artist for numerous companies including Nitrome, Torepedolab and more.

In 2015 he left his role as a senior artist for King to start up his games firm, Quite Fresh. Since then working from home, Åhlin has helped deliver workday survival simulator Ultimate Briefcase alongside Nitrome before moving onto his latest project.

As part of our Indie Spotlight series, we caught up with Quite Fresh owner Stefan Åhlin to see how he is progressing, while also speaking about his transition into solo development as well as his early start as a pixel artist.

I was contracting as a pixel artist in the pre-smartphone era and had an urge to try and make my own game. So, I started making little flash games and had some very modest success with a number of them. When I later began working office hours as a games artist, programming became more of a hobby.

I like a game to surprise players and have lots of things to explore, but there's a limit to what you can do without a big team.

I spent several years in London studios such as Nitrome and King before finally starting at Quite Fresh in 2015. I had the drive to make something of my own again, but now with new skills, friends and experiences in my locker.

Our cat wakes us up early every day but I'm sharpest in the morning, so I'll just get up to sort emails and any immediate bug reports that have come in overnight. I try to get out at least once a day and live near a big beautiful park, so I'll often go there afterwards, then back to work on the game project.

I'm in the UK and working with US publisher Armor Games Studios, so most meetings will happen towards the end of my day, which works out fine for me.

I would love to release more games, but keeping the scope down is incredibly difficult. I like a game to surprise players and have lots of things to explore, but there's a limit to what you can do without a big team.

I feel really lucky to be working with something I love doing at the same time as being in control of my day to day. Not having to commute is a huge deal, and also being able to take an afternoon off when the sun is shining.

It is much harder to be seen, with lots of competition both from other indies and big studios. But there are also lots of good publishers and opportunities for collaboration.

A good game is still the key component, even if there might be less straightforward than it was in the early days of the app stores.

Could you tell us about Void Tyrant?

Void Tyrant is a single-player card RPG that uses the hit/stand mechanics of blackjack as the basis for the battle system. You make your way through a number of worlds where you will encounter monsters, traps, vendors, and followers.

Enjoy your journey and put out things even while your skills are still developing. Every failure is good and important.

It’s a deckbuilder, so along the way you will collect special cards that can be used alongside the number-based combat, to nudge your result and to enhance damage and status effects.

Heroes will die and you will start over with new ones but each run will allow you to rebuild your home town and gain permanent upgrades, classes and starting cards.

This has been a huge project, so apart from supporting Void Tyrant I'll be decompressing a bit. I’ll definitely be prototyping soon and maybe try out a few of those ideas that always seem to appear when you’re facing the hardest work of your current game.

It would be really interesting for me to make something for a different platform, or even just a premium game however it all depends on the idea I end up taking further.

If I was unbound by money, I’d probably make something open where players could be creative and express themselves.

Somewhere which allowed players to be in control of their own stories. It’s a lovely feeling to play a game and feel like you did something unique in it. I’d love to be able to explore the magic that comes from those moments where players feel like they make small marks on a world.

You'll hear this a lot: try to not compare yourself too much to others. Enjoy your journey and put out things even while your skills are still developing. Every failure is good and important.