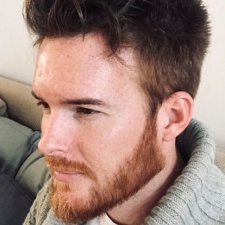 This week, we spoke to Foursaken Media co-founder and games designer Jamie Jackson about starting up a studio with his three brothers and how they have survived for over a decade in the industry.

Jamie Jackson: The four of us (all brothers: Tom, Jamie, Miles, and Connor) always knew we would love to work together on something, even if just as a side project. Video games seemed like a natural choice considering we were all avid players growing up. It just so happened that we each had unique skill sets that were not only ideal for creating games but also complemented each other perfectly - it just made sense to start a gaming studio.

This was back in 2009 or so when the first-generation iPhone came out. After seeing the App Store, we knew it was the perfect opportunity for us to enter the industry - despite not having any experience. So, we took the leap and got the ball rolling.

Miles created our 3D game engine from scratch (crazy to think that Unity didn't even exist back then), I polished up my 3D art skills, and the other guys were already proficient in programming. So, we all decided to really give it a shot and develop full time, and here we are 10-plus years later still making games!

We have a small office in downtown Raleigh, North Carolina which we all show up whenever we want. We each have our own tasks that we plug away at for whatever game we are working on at the time. Our games are mostly planned and designed before production begins, so the actual development is pretty straightforward.

We'll occasionally come together to brainstorm challenges or 'spitball' ideas, but mostly we're each just working on our individual tasks. Oh, and every Thursday we take half a day off and play basketball!

There have definitely been a few major hurdles we've had to get over throughout our years as an indie developer. The first probably was recognising early on that if we wanted to continue to make games in the long term, we had to start thinking about some things from a business perspective.

This includes things like a game's scope, development times, marketability, which technologies to add in, researching the state of the industry, monetization, et cetera.

Another big challenge was the market shift from premium to freemium several years ago, as well as monetization in general (namely how to balance monetizing our games, while maintaining good gameplay and minimal pay to win mechanics).

I think for us, success is simply being able to make a living while continuing to do what we love!

It's tough, for sure. The market is saturated and more and more triple-A studios are porting games (or spinoffs) of major franchises over to mobile. It's hard to get people excited about indie games when there are so many high profile (and generally great) games out there. That being said, you can definitely still stand out!

Both Google and Apple are generally great about looking to feature indie developers still, so as long as you're making a quality product, you can still be seen. I think the important thing these days is to take it slow, play it smart, and to not jump into the scene with too high of expectations.

Could you tell us about War Tortoise 2?

War Tortoise 2 is the follow up to one of the first action/idle games released about four years ago. Players take control of a lumbering Tortoise, decked out for - you guessed it - war, while exploring a huge map, upgrading units, finding loot, and generally discovering a ton of different ways to make your Tortoise and units more powerful.

Knowing where to draw the line between polished enough to be great and over-polished is one of the most important things I think we've learned over the years.

We really tried to add a ton of new things to the sequel, as well as fix a lot of the problems with the first game, such as long-term goals. We think War Tortoise 2 has a ton of unique mechanics and depth for an idle-esque game, and we also spent a ton of time trying to make the game just great to look at - even if you are just idling. It's one of the few idle games (again, that I can recall) that make graphics a high priority.

We wanted players to be able to sit back and watch an awesome battle unfold with tons of units, effects, and explosions. Ultimately, we're really happy with the way the game turned out, as well as the reception it has received at launch.

Right now, we have one new game in development (probably about 65 per cent complete), and we're also focusing on updating War Tortoise 2 with new content.

We'll likely stay focused on War Tortoise 2 for a while considering it has been a huge success for us so far - but it's also important for us to keep making new games in order to keep things fresh. A big part of why we do what we do is to have fun and because we enjoy doing it!

I can honestly say that I'm already creating the games that I would ideally want to make. Basically, take what we have now, add more features, better graphics, and a slightly larger scope and you've got some of my ideal games.

A greater budget also equals a lot more logistics as well that I love not having to deal with on our current small budget games.

First, treat it like a business. This doesn't mean you can't have fun, or that you can't make the games you want to make, it just means being smart about the decisions you make and spending some time on the 'nitty-gritty' stuff like marketing, monetization, et cetera. It also means spending the appropriate amount of time on those things.

Just be prepared because there will always be a very vocal minority of players that will hate on anything you put in related to monetization and it will be very hard to remind yourself they are not the majority of players.

It's also important not to invest too much time in one game. That doesn't even necessarily mean to reduce the scope of your game so that it's just a mini-game or whatever – this means being smart about what matters and what doesn't. Spending weeks creating that super intricate menu transition might seem cool, but ultimately, it's not going to change the overall success of your game.

Knowing where to draw the line between polished enough to be great and over-polished is one of the most important things I think we've learned over the years. The original War Tortoise for example only had a development time of roughly two months from a two-person development team and that has been one of our most successful games to date. You will be surprised what you can do with limited time and resources.