"If we don't listen to our players and create something worth playing and investing in, we don't deserve them" 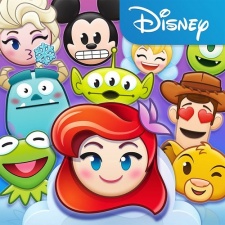 In this entry of our Live and Kicking series, we spoke with Jam City product marketing manager Christie Genochio regarding the four-year anniversary of Disney Emoji Blitz.

PocketGamer.biz: With Disney Emoji Blitz now more than four-years old, how do you reflect on its performance - from launch to the title it is now?

Christie Genochio: Disney Emoji Blitz has always been an incredible game. We were the first mobile game to offer the keyboard integration that really takes the collection element to a whole new level. Plus, our emojis are just impossibly cute and reflect films and characters and stories we've all loved since childhood.

It's a labour of love for our whole team, and because we are also players and fans ourselves, the Emoji team has continued to nurture the game and make sure it's as fun and fresh in year four as it was on day one.

If we don't listen to our players and create something worth playing and investing in, we don't deserve them

Our players are dedicated, they're smart, and they expect the best from us - and we hear them. The team has hustled hard to make the game the best it can be, and they've really pushed the envelope to keep it feeling new and exciting - and from a marketing perspective, we've been exploring new ways of reaching new and current players, and we've been digging deep to better understand the player experience.

It takes a tremendous amount of creativity and dedication to make a casual mobile game more and more successful, year over year - but that's what we've done, and thanks to Disney and Jam City's belief in the game, we've been empowered to not only meet those high expectations but exceed them, even now, four years in. It's crazy, and it's humbling, and I just feel incredibly lucky to be a part of this team and to work on this game!

The team is always growing and changing, but at its heart is the same group who launched the game four years ago. The 'Emoji team' today is made up of the original folks, plus some relative newcomers (like me!), but even us new kids have a long history with Disney and love for Disney characters and stories.

Disney Emoji Blitz is a passion project for all of us, and we have been so gratified to see it grow and evolve and to have the privilege of working on such a fun game with a team that feels like a family.

Customer support is essential. Jam City is inherently player-focused, so we are constantly looking for new ways to improve the player experience, both reactively and proactively. We want to address any feedback as quickly as possible, but we also want to reimagine the game to push it further, to enhance the events, to add new features and new emojis, and to meet the needs and high expectations of our player base.

If we don't listen to our players and create something worth playing and investing in, we don't deserve them. That's a cornerstone of our strategy across production, marketing, publishing, and community management.

For example, we recently launched a website to serve as a community resource and news hub for our players. Our goal is to listen to our players across any and every channel available, address any concerns, and use what we hear to help guide us going forward.

What steps have you taken to ensure that Disney Emoji Blitz maintains a sizable and active player base all this time after its launch?

Honestly, the key to ensuring the game's success has been collaboration and alignment with every team at Jam City involved in developing and publishing the game. We approach the game holistically, sharing information and working in sync so that the game team, product marketing, UA, publishing, and the rest are always rowing in the same direction.

With this support, the team has flourished, and they cannot be given enough credit for finding new ways to reimagine events, add features, and invest players even more deeply into the gameplay. And we've done this by being very data-driven, listening to our players, and of course, being huge Disney fans ourselves.
And of course, as with any game like this, having new content to delight players is paramount.

With our friends at Disney, we've also been able to consistently bring new characters to the game to keep things fresh and engaging – inspired by everything from classic Disney movies, to recent Disney and Pixar releases, and even characters from Star Wars.

With our friends at Disney, we've also been able to consistently bring new characters to the game to keep things fresh and engaging

The very nature of Disney Emoji Blitz is to be a fun, light-hearted, challenging immersion into a world filled with beloved Disney characters, so the game itself didn't need to change per se. It inherently offers a welcome escape from reality, but we did want to connect with our players in an intentional way during these times.

We have been running regular sweepstakes and giveaways on social media so we can give back to our players in multiple ways, plus we added weekly in-game "care packages" with a variety of rewards - currency, emojis, props - anything to make our players smile.

What would you consider Disney Emoji Blitz's biggest achievement in its four-year lifespan?

We've done a lot worth celebrating, from growing and retaining an incredibly loyal player base, to improving and adding new features to keep the game fresh even four years in.

The game is in the habit of breaking its own records these days, and that's not due to any one thing; it's a testament to the ongoing support from Disney, the dedication and talent of our entire team, and the incredible investment, commitment, and industry expertise of Jam City.

What lessons have you learned/are you still learning from Disney Emoji Blitz?

I am constantly learning all kinds of things technical and theoretical on a daily (even hourly!) basis. I joined the team about a year ago, and coming into a game studio that's been together for so long could have been intimidating - but it wasn't. This is one of the most talented groups of people I've ever worked with, in every department, but it's also one of the most welcoming groups I've ever known.

I think the game thrives when the people behind it thrive, and that's what’s happening here. This team is a truly collaborative one, and not just my studio, but our teammates at HQ and our counterparts at Disney are an inextricable part of our success, too. We have wide-open lines of communication, mutual respect, and curiosity; we have strong and compassionate leadership; we also have a ton of fun.

And if you are going to make a game as fun and joyful and nostalgic as Disney Emoji Blitz, it helps if the game-makers feel that way about it, too. And we do. And our goal is to make sure our players feel that, too, and find real value in the game.