"If we had an unlimited budget we’d continue making Tschess the best game it could possibly be." 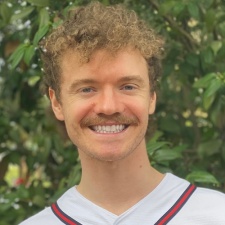 Matthew English is an indie developer that launched Tschess on App Store and Google Play.

This week, we spoke to Bahlsenwitz indie developer Matthew English on how the studio came to create a new take on the old age game of chess, with tschess.

Matthew English: Shavian unreasonableness. The idea that the reasonable man adapts himself to the world, the unreasonable one persists in trying to adapt the world to himself was a major contributing factor to my starting out in games development.

The objective is to create a mechanism that adds value to the lives of tschess players. Back in my school days, if I spent time working on a task that didn’t advance my education in the most efficient way then that was okay since the teacher assigned me that work and I was supposed to comply.

When I was an employee for someone else if they assigned me work that didn’t advance the bottom line, again it wasn’t my responsibility to quibble about it, it was more about just getting it done.

As an indie game developer, if I spend time working on something that isn’t in service to the true objective point, I’m directly hurting myself and indirectly hurting the tschess community. So, therefore my days are structured around the search to identify a task with the highest value contribution outstanding and make sure I complete it.

When I look back at the early days of tschess, it seems like my objective was to get players to think that I am a rockstar of programming, however these days I’m fully in the mindset of creating an experience where the main thought in a tschess player’s is that they're the rockstar.

In one sense you could say that replacing the solid game of traditional chess as a worldwide meme with the faster-paced, more modern game of tschess is our ultimate goal of success. That said, this goal is too unwieldy to measure our endeavours against on a daily or weekly basis.

The policy we follow is to break down our higher-level desired outcomes into granular tasks that we can isolate and accomplish. This then gave us a series of small successes and hopefully lays the foundation for larger successes going forward. Getting our game into the App Store was one of these goals, and with that accomplishment under our belt, the next success we can look forward to is the cultivation of a vibrant player community.

You might say that right now is the worst of times. The App Store and the Play Store are noisy channels, polluted by cookie-cutter games churned out to make a quick buck with a minimum of craftsmanship. You might also say that right now is the best of times. It’s amazing to be able to code something up in your bedroom that can instantly be in the hand or pocket of people all around the world.

The App Store and the Play Store are noisy channels, polluted by cookie-cutter games churned out to make a quick buck with a minimum of craftsmanship.

My definition of intelligence is “the ability to get what you want”. Strategic thinking is the cornerstone of being able to do that. The traditional game of chess is pretty good at teaching strategic thinking, which is why it’s been a core meme of humanity for such a long time. These days, however, through a superabundance of theory traditional chess has turned into more of a memorisation puzzle than a platform to hone strategic thinking skills.

With the ability to look up any fact instantly on our mobile devices, the skill of cramming your head full of theory seems less interesting to us than the ability to devise and execute a plan in the face of opposition. We created tschess as a way to salvage the best parts of traditional chess by divorcing it from the theoretical superstructure that it’s been locked into in the last 60-some odd years.

One major change for us was that at the outset of the pandemic we were based in Brooklyn, New York. We took the closure of businesses, restaurants, and cultural institutions in New York to reassess the sagacity of paying so much in rent for such a small space when the things we enjoyed about the city have been cancelled or have moved online. For the time being, we’ve relocated to Savannah, Georgia.

To introduce monetisation in a way that enables us to sustain this project and appraise its value proposition. To work with the pioneers in our discord server to scale the burgeoning community of tschess players.

If we had an unlimited budget we’d continue making tschess the best game it could possibly be.

One of my heroes is Ulysses S. Grant (solider and politician who served as the 18th president of the US). They say that whenever he would begin a campaign, he would fix his mind on what is the true objective point and abandon all minor ones. If his plan went wrong, he was never disconcerted but promptly devised a new one as in the end, he was sure he would win.

You might take this with a grain of salt since we wouldn’t really say that we’ve 'made it'. Although, you might choose to heed this advice all the same. The fact that we're yet to arrive notwithstanding, in the end, we're sure we will.