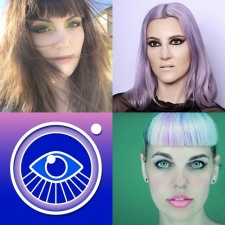 This week, we spoke to Aconite lead producer Meredith Hall, alongside co-directors Star St. Germain and Nadya Lev regarding the development of HoloVista, a mixed reality game experience designed for the mobile platform.

PocketGamer.biz: Could you tell us about HoloVista, and why the game felt right for mobile?

Meredith Hall: HoloVista is a 360-degree mind-bending mobile experience where you explore a dreamlike mansion, photograph strange spaces, confront your deepest secrets and confess them online as Carmen, a junior architect and new hire at an elusive firm.

HoloVista is our first release, and we really do believe it was born to be on mobile. So much of our lives play out on our devices - our professional lives, personal lives, hopes and dreams. Our phones are a lifeline for all kinds of emotion that make us human. There's been so much discussion about social media and technology - especially this year - and since day one of development we’ve all felt like it has such a story to tell.

We’ve all been sharing memes and jokes, video chatting with each other, crying to one another as we try to make it through this strange time, and these devices are a tool both for understanding ourselves and each other - perfect for telling Carmen's story of her own self-discovery. Additionally, we wanted to create a beautiful, overwhelming, technologically exciting game experience that didn’t require a top-of-the-line PC to run it, so something accessible and intriguing.

To me, success is not an outcome to hope for but rather a process that you commit to on a daily basis.

Star St. Germain: I’ve been a huge fan of games (all interactive art, really) since childhood. As an interdisciplinary artist, I made a lot of the kinds of discrete components that make up a game - things like animations, illustrations, UI, and music.

For years, I didn’t give myself permission to think I could make a whole game. There weren’t a lot of examples of people like me doing it! However, in the past decade, the landscape for both developers and players has shifted. More people than ever are making and playing games, so our definition of what a game is has expanded similarly. Seeing that change, gave me what I needed to believe I could do it too.

Star St. Germain: What your day is going to be like really depends on what phase of the process you’re in. In the early parts of making HoloVista, I was making a lot of low fidelity prototypes with Nadya and our game designer, Scott Jon Siegel.

Later in the process, I was designing the branding, style guide, and UI/UX of the app. Further on, I was building 3D scenes and art directing our environment artists. On a small team, you’re wearing at least a couple of hats, so the work can be quite varied.

Nadya Lev: Cultivating discipline around various aspects of the playtesting process was a big one for me. If you’re really committed to a player-centric design approach, you’ll be showing your game to people from the prototype stage onward, when parts of it are blank, broken, or otherwise undercooked.

You have to get very comfortable with hearing, in excruciating detail, over and over again, about all the things wrong with your game.

Nadya Lev: To me, success is not an outcome to hope for but rather a process that you commit to on a daily basis. Success is every time you’re able to say: “I did my absolute best” when you look back on something you’ve achieved. Regardless of the result, I want to be able to say yes to questions such as "did I show up?", "Did I put the work in?", and "did I engage with the hard problems to the best of my ability?".

Every day that I was working on HoloVista, my biggest fear was that one day I would look back on that whole era of my life, and feel deep regret because I didn’t try hard enough. An example of success is being able to answer those questions with a "yes" every time.

Meredith Hall: All games markets are going through a major period of transition right now. We don’t really know how the market is going to behave, how audiences are going to continue to consume games, what advances we’ll have in technology in the next few years.

The second anyone jumps on a trend, it’s usually starting to manifest and change into something else, so speculation can be dangerous to a team. Mobile is especially turbulent for indie creators - it’s hugely crowded, loud and mobile games don’t necessarily get the same level of attention in the media as other platforms. However, it’s a great space to create something and a great way to access a huge, wide, diverse audience right from their pocket.

There have been some incredible innovations on mobile towards narrative and premium experiences, with games like Mutiazone, Manifold Garden, and Necrobarista on Apple Arcade.

I’m grateful that we have always modelled and encouraged taking time off when needed to ensure we could take care of ourselves first.

Meredith Hall: We’ve been a remote team since day one, which has been a huge benefit for us. The biggest struggle has been the challenge everyone has been facing, that this year has really rattled a lot of people and left us all feeling unmotivated, scared, sad, lonely, and worried about their productivity.

For us, a big part of dealing with this was by talking about it and recognising that we were allowed to feel those feelings as well as making it a priority to take time off to recoup and recentre. We’ve always been firm that no game is worth anyone's mental or physical health. I’m grateful that we have always modelled and encouraged taking time off when needed to ensure we could take care of ourselves first.

Star St. Germain: Now that HoloVista is out, I’m planning on taking a long break, working on learning some new skills and taking part in some game jams. With regards to Aconite’s long-term vision, we’d like for our work to continue exploring unexpected ways of blurring the lines between fiction and reality. We’ll create and curate interconnected games and other unusual experiences.

Star St. Germain: I’d love to have the resources to make a real-time multiplayer game that we’d be able to support ongoing development for potentially years.

Meredith Hall: This is the impossible question; every developer has about a million dream games. I have one that is far too big for even a large team to tackle that I keep trying to farm out to friends at bigger studios. I think at the end of the day, bringing together skilled people who are curious is more exciting to me than the potential project.

I have a lot of dream collaborators, rather than dream projects. If you bring the right people into a room and get them talking about ideas, concepts, emotions, things come to the surface that is so exciting that often you end up with 10 more dream games. That's why you know you’re on the right track.

Meredith Hall: Making it and success are totally made-up concepts. Every mountain you climb and goal you achieve you’ll always look into the distance for the next one because we’re built that way.

There are a million things you could discuss regarding business acumen, building something with an audience in mind and setting yourself up to succeed enough to keep making and creating things, which are all important.

Financial, critical and cultural success (or all three) is great but as soppy as it sounds, there is nothing like reading multiple reviews where people say they felt seen in a way they hadn’t before. That kind of human connection is something that can’t be bought or manufactured and that to me is the definition of making it - knowing you made an impact on someone in a way they’ll carry with them through their life.

It won’t always pay the bills; it won’t always fund the next thing - and there’s lots of work to be done around that - but that intangible feeling is why we do what we do. Find what you want to say, that needs to be said, that people are hopeful they’ll one day hear and make people feel seen.