"There is a strong shift underway towards data-driven approaches to development." 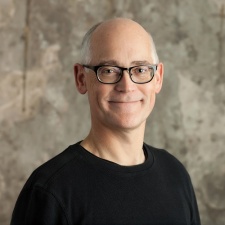 This week we spoke with Unity senior vice-president of AI Danny Lange.

Danny Lange: I am responsible for the artificial intelligence team at Unity. AI and gaming is truly a two-way street. For years, it's been an important part of games that improves the fidelity of the player experiences, but what is less known is that games have also been an important driver of advances in AI. What’s better than a game situation to challenge and test an AI algorithm?

Leading-edge AI companies such as DeepMind and OpenAI are now routinely using Unity in their research and development.

My venture into the game space is a bit unusual because of my industrial background. As head of machine learning at Uber, I saw game engines as a way to better simulate logistics and even self-driving cars.

Game technology such as Unity was only sparsely used, whereas I saw it as a potential game-changer. By joining Unity, I had the opportunity to broaden the use of our engine to many industrial applications.

I never thought about working for a games company, though I had used board games to test AI algorithms. Recently, the entire AI community has started paying attention to game technology. Leading-edge AI companies such as DeepMind and OpenAI are now routinely using Unity in their research and development.

There is a strong shift underway towards data-driven approaches to development. By that, I mean the use of Machine Learning techniques whether it is for improved graphics and terrain generation; complex behaviour of characters (NPCs) and gameplay; or industrial use of simulation requires extensive use of machine learning and other tools from AI.

Being able to have a major impact on both game development techniques and pushing the limits of AI is very fulfilling. Every day the teams at Unity are pushing the boundaries of what’s technically possible. Every progress we made is now available to the massive game community on Unity as well as our rapidly growing base of industrial developers.

We have developed an AI that can playtest your games, we are using Unity to test robots, and we are producing image training data for computer vision systems. The breadth of our impact is just breathtaking.

Lots of meetings every day, but mostly they're fun and interesting. I have many teams working for me on very advanced problems, so interacting with all these bright people all-day-long is extremely satisfying.

Managing such a large team with such world-class talent is great, yet it does take a lot of time away from hands-on experiences. While I love to give public presentations, I love building software even more - unfortunately, there’s not much time for it.

There are two big intertwined misconceptions: the first is that people do not take games and game development seriously. They think of it mostly as entertainment, however game development involves some of the most complex software on earth used by more people than any other software.

Keep an open mind and be prepared to use game technology in many areas of your life.

The second misconception is that AI is dangerous to the human population. While game technology enables huge advancements, in the capabilities of AI, it still has a long way to go. AI will do a lot of good for humanity long before we get to bad scenarios.

The simplest example of AI success can be found in our Game Simulation product. Most recently, we’ve helped an incredible developer partner in South Korea - SundayTOZ - launch the fourth iteration of its blockbuster hit Anipang.

Being entrusted to help produce a title that has been downloaded more than 35 million times since launching in 2012 is a huge responsibility, and one that the SundayToz team knew would need our game simulation AI to help them with playtesting the new integrated features, game modes, and storytelling while designing countless new levels to satisfy player demand.

Creating much more content than the previous game for their voracious fanbase required a variety of new attempts in terms of both development and operation. Unity Game Simulation exponentially increased the number of tests they could run and ensure a great gameplay experience.

Do not limit yourself. As you can see from this interview, the gaming profession is wide open to a range of different talents and skillsets. Whether you are interested in games for entertainment purposes, be that an AI researcher, or an industrial robotics developer, you have something valuable to contribute with.

The pandemic has been awful and hurt so many people. While some individuals in our industry have been negatively impacted, overall we have been blessed by being able to remain relatively productive while working remotely.

It is the nature of our software business that we can continue to work this way, but many of the subtle and creative aspects of our work are lacking, and I think many of us are looking forward to getting back in the office again.

I had no idea about the size of the games industry. I thought it was limited to a small world of very popular games. In reality, it is in fact an incredibly diverse community with unlimited potential.

Keep an open mind and be prepared to use game technology in many areas of your life. Don’t limit yourself and remember that your work can impact the way millions of people live their lives. Game companies such as Unity are at the forefront of what’s technologically possible.