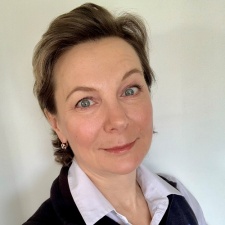 It’s been a fascinating 12 months for M&A in gaming; deals of astronomical sizes are closing left and right, while the games industry itself experiences record-breaking revenue spikes as a result of the pandemic.

Stillfront made six acquisitions in 2020 alone, securing Storm8 back in January and closing the year off by securing Super Free Games and Sandbox Interactive.

PocketGamer.biz caught up with Marina Andersson, head of M&A at Stillfront, to talk about the last 12 months, how Stillfront lays out its acquisition plans, and the attributes that the company looks for in a potential new studio.

PocketGamer.biz: What is your background, and how long have you been with Stillfront?

Marina Andersson: I’ve been working at Stillfront for two years and prior to that I spent some 20 years working with mergers and acquisitions in a number of different industries, including gaming.

I worked with our CEO Jörgen in 2003-2006 and we stayed in contact when he started Stillfront in 2010. When he reached out to me a number of years later and described his vision and asked if I wanted to join Stillfront it didn’t take much convincing.

What attributes do you look for in a studio when looking to make an acquisition?

First and foremost, we look at the strategic rationale and what the studio can bring to Stillfront, but also what we can bring to the studio. Our M&A process is highly diligent, and we want to make sure that both Stillfront and the joining studio are fully aligned on our common goal and strategy.

We want to find studios and game entrepreneurs that are passionate about building the leading F2P powerhouse of gaming studios.

In addition, we have a set of five more general criteria that we look for. First, we look for stable and well-managed studios. That means studios that are growing and that are profitable, we typically avoid distressing situations.

Second, we want to see proven experience from the entrepreneurs in developing and scaling successful games. Third, we look for game titles with loyal players that fit into our game portfolio of long lifecycle games. Four, we want strong management teams that are motivated to become a part of Stillfront and that bring new expertise to our platform.And last but not least, we look for a good cultural fit with Stillfront’s core values of responsibility, competence, trust and humility, as well as with our distributed business model.

If an independent studio is already thriving, what is their motivation to join Stillfront?

That’s perhaps best answered by the 19 thriving studios that have chosen to join and be part of the group. But I think that Stillfront is a great home for successful studios that have reached a certain size and want to scale further.

We want to find game entrepreneurs that are passionate about building the leading F2P powerhouse of gaming studios.

Founders that we talk to really appreciate our distributed approach where they get to keep their own identity and operational autonomy, combined with the strong culture of collaboration and knowledge-sharing which links all the studios together. We have developed a lot of tools within the group that makes it easier for the studios to compare outcomes and get access to best practice, which allows our studios to focus on what they love doing most, creating great games!

What has been your favorite recent acquisition?

That’s like asking someone to pick their favorite child, it’s impossible! We did six acquisitions in 2020 and one this year and they were all special.

The new studios all bring further diversification to the portfolio while adding scale and new expertise, as well as exposure to new subgenres and markets for the group. What I also like about our acquisitions in 2020 was that several of them have a majority of female players, which historically has been an underserved part of the gaming population.

Is there any specific genre of games that you think Stillfront currently is lacking?

There are a few additional subgenres that we are currently looking into and which would make strategic sense, but it would probably be unwise to disclose exactly what those are. I guess you’ll just have to wait and see!

Stillfront acquired six studios in 2020. Looking to 2021, should we be keeping an eye out for more acquisitions?

Yes, that is our ambition. We announced in February that we acquired Moonfrog Labs and entered the Indian subcontinent, a strategic move into one of the fastest-growing mobile game markets worldwide.

We are obviously very excited about that acquisition and what we can do in that market going forward. In addition, have ongoing dialogues with several targets and review hundreds of potential studios each year, and we feel very confident about the acquisition pipeline for the rest of the year.