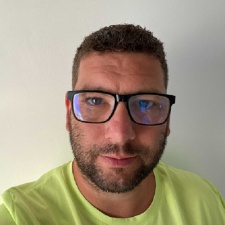 As a child I had luck that my mother bought my brother and myself
first Commodore 128. That marked big change in my life and cleared a path
that after 29 years I'm still on.

At age of 7 first lines of code in programing language Basic were written.
Amazed that some code can create circles on screen both my brother and myself
became overwhelmed with possibilities.

With computer available at that time only thing more interesting then writing code was playing games,
love for games was so strong that even today I keep playing and developing games.

In 1999 my first encounter with Internet began.
It was love at first sight and all possible hacker ideas went to my head.
Off course that was the first path I took and visiting Altavista, Mirc, ICQ and other
hacker type of chats was my daily routine.

From curiosity knowledge was born and in 2004 I started one of the largest project Internet will see.
In 2007 I exited project and started new venture https://flii.by for full 11 years we worked hard on
bringing service to almost million users who uploaded and shared their content over billion times.
Raised 3 rounds of funding and learning how VC world works was biggest gain we could ever get,
and I would like to thank all of them who supported our venture.

Publitio is now used by over 30.000 users and more than 10.000 websites are hosting their video content on Publitio. We introduced simplicity in video hosting and thanks to that many movie festivals and many video courses has found their home with our service.
Publitio is following 300% growth quarter over quarter and we are now delivering billion API requests on behalf of our customers.

In 2017 as a hobby project together with 3 unbelievable talented people I started game company TummyGames, today we are team of 8 people and growing!
Today our studio has successfully Published 2 hit games Volley Beans with 10.000.000 players and Pancake Art with ~50.000.000 players across android and IOS, more games are on the way.

New hits are on the way!
We are fully partnered with largest Publisher Voodoo and Homa Games, and we worked with Lion Studios, Ubisoft, Ketchapp, Bytedance and few others.

Nemanja Divjak, one of the co-founders of Tummy Games, the studio behind Tummy Slide, spoke to PocketGamer.biz about the company's approach to designing and developing hypercasual games, its relationship with Voodoo, and plans for the future.

PocketGamer.biz: How did Tummy Games first get started?

Nemanja Divjak: The founders of Tummy Games met for the first time in 2013, all sharing a major passion for games. When we first met we were all busy with other projects but knew we wanted to translate our shared passion for games into something bigger.

After a few years had passed with this idea smouldering away inside us, we finally found the opportunity to work together in 2016, where we began working on mobile games as Tummy Games.

Our very first game was Tummy Slide, which was a major learning experience. Over the course of two years developing the title really showed us what we were doing right and doing wrong.

At the end of development and after release, we felt the game didn’t really achieve what we had initially wanted, so we reorganised our approach towards creating simpler titles with more straightforward design executions.

After the release of Tummy Slide, we realised we needed a faster turnaround. Simplicity and fast ideation were extremely attractive, and the rapid development process allowed us to quickly nail down a good concept.

Even better was the ability to easily digest the data that was coming in after only a few weeks, which enabled us to identify what worked and what didn’t, but most importantly if a game concept had the right tools to succeed.

It was hard to ignore the success of hypercasual, and its growth was perfectly timed for where we were as a young studio

It was hard to ignore the success of hypercasual, and its growth was perfectly timed for where we were as a young studio in 2016, so we knew it was the right path to go down.

We spent a lot of time reaching out to publishers; over forty in total. But it can be hard to get noticed in such a competitive industry, so very few came back to us.

Voodoo was one of the publishers that did, and luckily it was the one we liked the most.

As a fairly new studio, we took the time to think about the benefits of working with a publisher and whether it suited Tummy Games as a whole. It can be a big jump for a small team to make that shift, but we soon realised we had nothing to lose and everything to gain.

That attitude really paid off with Voodoo, and we soon saw the results play out when we kicked off our collaboration.

From the beginning, Voodoo organised weekly calls where we would catch up with publishing managers to discuss the status of our projects, but primarily as a means for ideation. That was something that helped a great deal, and also gave us extremely valuable insight into the results of game testing.

We were operating as an outsourcing development company in the beginning, but from 2018 onwards Voodoo offered us financial support for prototyping.

This was a game-changer for us, as we could focus entirely upon developing our own internal games, which shifted our outlook as a studio.

Looking back only three years ago, we had a rough idea of how the gaming market worked and were taking uncertain steps forward with our identity as a game studio. Since working with Voodoo, we have four hit games and five to six independent revenue streams, and close to 80 million players across our portfolio.

Since working with Voodoo, we have four hit games and five to six independent revenue streams, and close to 80 million players across our portfolio.

With Voodoo we quickly learned how to rapidly develop and test our games, how to grow our teams sustainably, and to really identify what works.

Even beyond that, it taught us how to engage and work with publishers, marketing companies and monetisation platforms, which really extended our scope as a studio. Voodoo helped us become what we are today, and we are extremely grateful for the opportunity and support they provided.

What do you think is the key to making a successful hypercasual game?

A significant volume of ideas and knowing when to kill a game are both vital elements of developing in hypercasual. Over the last three years we have worked with between 50 to 60 game ideas, with some making it to the testing stage and others not. In that process, we have been able to identify patterns that help guide us on how much work it takes to find a hit title.

What this shows is that it's never going to be a consistent path for everyone and making a hit game takes time. It's not just performing lots of prototype tests, you also need to follow and understand the market, in a way that allows you to create something new, something fresh.

See what trends are gaining traction on social media or in the news, and think about ways you can gamify that - before someone else does.

After a while, you start to develop an extremely useful sense for when you are working on a successful game. Our latest hit, Slice It All!, was one such example. We knew we were onto something as soon as we all sat down to play it for the first time.

Testing is harsh but completely vital. Yes, it can be hard to see bad numbers, particularly when you’re passionate about a concept but, as they say, the numbers don’t lie.

Without testing, you are going into your game launch blind, and that can easily lead to huge errors that could have been simply resolved if you had taken the time to stress test your prototype.

Without testing, you are going into your game launch blind, and that can easily lead to huge errors...

It's been another important piece of learning we’ve been able to unlock working with Voodoo; you need to test, test and test again.

We’re extremely focused on continuing to build up our two to three internal teams, who will be focused on developing new game ideas and landing another big hit with Voodoo.

We’ve also been using the time to plan ahead and test out new ideas. For example, we're looking at self-publishing casual games, thanks to the lessons we’ve learned from Voodoo. We're also working on titles for Apple Arcade. Our second Apple Arcade title is soon to launch and we’re really excited to see how players engage with it.

It's a really exciting time for us, and we’re storming ahead with all the tips and tricks we’ve learned over the past few years.

We’re anticipating that 2022 will be a great year for Tummy Games, and we’re sure you’ll be seeing us on the app charts again soon.