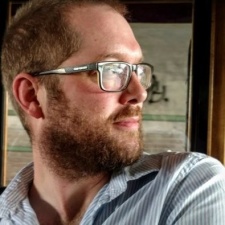 As 2021 begins to fade into memory, we're taking a look back at the events that have defined the last 12 months of mobile gaming.

PocketGamer.biz: What was the biggest news for the mobile games industry in 2021?

Martijn van der Meulen: I think the biggest mobile games story of 2021 had to be Epic's lawsuit against Apple. As a game developer, I was watching it unfold with interest. We're used to giving up ~30% of revenue to different platforms for our games, so at first I couldn't see the issue with Apple taking their cut, but the court case highlighted some debatable topics.

If a game can be played on multiple platforms with the player sharing their progress between them, it doesn't make sense for one platform to take almost a third of a transaction when the player might use it on a completely different platform. It showed how dated the current system is which was built around buying a game as a one-off purchase, only to be played in one place. The way we play games is evolving constantly and so are the business models used to generate revenue. It definitely feels like the current system on mobile isn't fit for purpose anymore.

Genshin Impact has been an amazing showcase for what mobile games are capable of. The fact it was released on mobile, PC and console and has been designed for the player to be able to move between those platforms freely is a testament to how far mobile gaming has come. The quality of mobile games is rising so fast and is not hugely dissimilar to what you see on console and PC.

The exciting thing about mobile is that new devices are released every year, whereas console life cycles are much longer and it takes longer to see big changes. Every year, we get to see huge steps forward in what's technically possible on mobile. And with the rise of foldable phones, screens will get bigger and players will get far more comfortable with continuing their console games on their mobile without feeling like they're losing anything from their experience. It also personally excites me as a game developer. At Snap Finger Click, we've long experimented with mixing console and mobile development, so to see these two worlds coming together so seamlessly is great.

What is your favourite mobile game of 2021?

My favourite game to play on my mobile this year has been the Jackbox Party Pack 8. I'm a huge fan of games that let you use your phone as a controller, and this is one of those games that's been a real lifeline during the pandemic. What I especially love about these types of games is that I can play them with my friends remotely without them needing to own a console or a copy of the game themselves. I've been able to set-up game nights with my friends by streaming my copy of the game and my friends can all join in from their phones.

At Snap Finger Click, we made a trivia game a few years ago called It's Quiz Time which also uses phones as the controller. We discovered back then that one of the great things about using phones as a controller is that it helps convince your non-gamer friends to join in with a device they feel comfortable with. I love being able to share my passion with my friends and when you're socialising, every game is different because of who you're with. For me, gaming is something that should be shared and it's good to see more success and innovation in this space.

console life cycles are much longer and it takes longer to see big changes. Every year, we get to see huge steps forward in what's technically possible on mobile

What accomplishments are you most proud of during 2021?

Something I'm really proud of this year is launching our first non-digital party game at Snap Finger Click. We've been making video games for over six years, and we decided that one of our games, Awkward, would work really well as a tabletop card game. We launched our very first Kickstarter in October this year for a physical version of Awkward.

It was a big learning curve for us because we had to find out about things we'd never needed to know before like manufacturing, distribution, setting up product barcodes, organising safety testing, and many more things we never were really aware of before starting on this adventure. We were thrilled to achieve funding at over 150 per cent and we're now in the process of manufacturing the game.

At the same time, we've been working on a video game sequel, Awkward 2, which you can play with your mobile phone as a controller as well as online over Twitch. We've developed our own technology called Needletail which lets you use your mobile phone as a controller through a website. It's been our biggest year so far at Snap Finger Click. Our team has grown 50 per cent since last year and we've got lots of exciting things happening that I can't even talk about yet.

What do you think will be the biggest trend of 2022?

I think the pandemic is influencing a lot of player habits and we'll continue to see games with online socialising dominating the charts. If people can't see each other in real life, being able to meet up and hang out together in a virtual space is the next best thing. For some people, being able to hang out online together is better than meeting in real life.

Organising a big night out or even a big night in can be a special occasion limited to just a few times a year, but playing together online is something you can do almost every night with minimal effort. I think we'll continue to see games with big MMO features but becoming more accessible to less experienced gamers who can use it as a social platform.

The quality of mobile games is rising so fast and is not hugely dissimilar to what you see on console and PC.

Similarly, what are you most looking forward to in 2022?

Personally, we have a lot of exciting things happening at Snap Finger Click and I'm really looking forward to releasing them to the world. We expect to have our Awkward tabletop card game out in March. We've got our Awkward 2 video game coming out later in 2022, as well as another two unannounced projects. It's an incredible achievement for our small team and we've never had this much on the go at once before. I think it's also the first time for us as a studio where practically the whole of next year is mapped out with multiple projects, which is very exciting and a good demonstration of healthy growth.