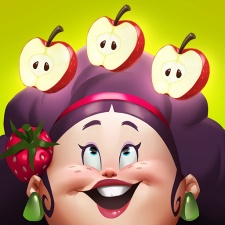 PocketGamer.biz: Where did the initial idea for Adventure Chef: Merge Explorer come from?

Andrew Gaines: During the COVID-19 lockdown, I would take my family on long drives to some of our favourite restaurants across the Bay Area for takeout as a way to get out of the house and see some new scenery.

On one of these trips, we were brainstorming ideas for a new game. We had food on our minds, and came up with the idea of a chef going on adventures to find rare ingredients. Some of the inspiration was from our trips, but also we were inspired by Anthony Bourdain: Parts Unknown and even by the manga Hunter X Hunter, which features ‘gourmet hunters’ that fight monsters and search dangerous areas to find ultra-rare ingredients.

After thinking through the idea more, I realized that cooking and exploration would work really well with merge mechanics which lined up well with a prototype that was already in the works at Pocket Gems, and the idea of Adventure Chef: Merge Explorer was born.

Brian Shih: Adventure Chef: Merge Explorer’s development has been in the works for a long time – it first began as a hackathon project in 2019. Since that time, and through various iterations, the dedicated team has continued to grow.

Now, after more than two years in the works, most members of Pocket Gems have had the opportunity to contribute to the game’s development at one point or another, whether that contribution was participation in company playtests or building out a feature hands-on.

Alex Muscat: This was the first game that we built largely in a remote environment, so we had to develop some new ways to handle things we usually did in person, like iterating on and reworking an early prototype. I actually think in hindsight this may have helped us be even more creative, and may have pushed us toward new ideas that we might not have arrived at in a traditional setting.

Additionally, this was our first released project on Unity and a brand new tech stack. Tackling the new tech stack and figuring out how to do our best work remotely – all while proving out the game’s content, features, and mechanics and getting them right for our players – amounted to a major challenge and makes us even more proud of where the game is today.

Muscat: After our first several rounds of player experience tests, we had a lot of concrete feedback on the game overall that we internalized. Players loved the themes, unforgettable and diverse characters, food and overall experience. We knew we were on the right track and had a clear sense of what we wanted to focus on improving ahead of launch. At this point we’re excited to introduce players to the imaginative characters and world of Chef.

With that said, we still have a lot in mind to develop. Over time, players can expect even more creative characters, food trucks with delicious and sometimes whacky recipes, unique expeditions and plenty of other major additions. One thing we know from Pocket Gems’ history of launching IPs is that it’s always important to iterate and improve - and we plan on doing this for years to come once again.

Gaines: We have some great updates already planned for our players! The first wave will include some limited time in-game festivals celebrating the winter holidays and Valentine’s Day, as well as some social features that will let players see your friends’ food truck parks, share energy and ingredients, and even cater events and festivals together. We’re also excited to continue to add new recipes and ways for our players to exercise their creativity in the game.

Shih: Pocket Gems’ biggest hits have always happened when we built something new. Adventure Chef continues in that tradition and we hope to build on top of it with future games that further push the merge space. We’re also always looking at new ideas that are adjacent to our existing franchises, Episode and War Dragons, as well as completely new areas. We care deeply about creating unforgettable experiences for our players, and look forward to bringing them more new and exciting games to come.

Jobs in Games: Pocket Gems Alex Muscat on how to get a job as an art director