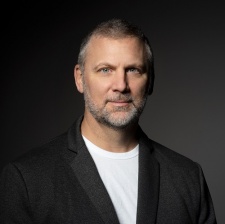 Chris Petrovic: By far the biggest news of the year was Apple. Not only has there been a chipping away of the walled garden that is the App Store through legal and governmental pressure, but also we’ve felt the palpable effects of IDFA throughout our industry. And these effects are far from entirely known as we exit the year.

Axie Infinity has been the poster child so far this year for the massive amounts of froth (and funding) that the Web3 (aka metaverse/crypto/blockchain/NFT/”play to earn”) movement has generated. This groundswell of interest and debate has expanded the discussion in our industry regarding where the next wave of innovation, growth and potential opportunity may come from to help propel the industry forward.

What is your top and/or favorite mobile game of 2021?

Most of my mobile game playing time (outside of playing FunPlus’ games) has been occupied by two titles that are at opposite ends of the spectrum. On one hand, Call of Duty Mobile has finally scratched that itch for me, delivering on the promise of a mobile FPS and, on the other end of the spectrum, Harry Potter Puzzles & Spells (full disclaimer: I was involved in that project during my time at Zynga) is one of the most engaging Match three games that I’ve played.

In terms of your company, what’s the thing you’re most proud of during 2021?

I have so many proud moments this past year – from being recognised as one of the top publishers globally to adding a diverse and talented set of leaders to our senior management ranks to starting to work with iconic licensed IP (The Walking Dead, The Joker/DC Comics). It’s definitely been a great year of growth and maturity for our company... and the best is yet to come!

It’s hard to argue against Web3 as the biggest overall trend that will drive debate and conversation in our industry over the next year, although it’s probably safe to assume that the IDFA topic is not far behind, given that Google’s supposed changes on that front are looming.