JoliYeti co-founders Frederic Smyczynski and Dominic Hamelin-Blais discuss sustaining the popularity of their game, Micro RPG, despite no UA spend 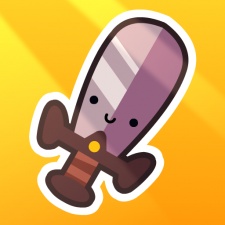 This week, we spoke with JoliYeti co-founders Frederic Smyczynski and Dominic Hamelin-Blais about how they developed their first mobile game, Micro RPG, in their free time across four years, the challenges of sticking it out long term, and the popularity of the game despite no UA spend.

Where did the initial idea for Micro RPG come from?

Smyczynski: As someone approaching 40 (in early development) with a busy family life, I found that I was only playing games on mobile anymore. Console and PC games were neglected because they took too much of my time.

However, the games that really stood out to me in my youth were adventure games and console role-playing games like The Legend of Zelda: A Link To The Past, Secret of Mana, and Final Fantasy VII. I wondered if I could find some aspects of these games in a mobile experience offering short sessions. That's where the idea came from.

For the core gameplay, I wanted to be able to play it vertically with one hand. I also wanted it to be a "casual" game so I oriented the concept towards turn-based rather than action and to keep everything as simple as possible!

How long did development take and who did what? How do you feel working as a team of two affected this?

Smyczynski: The development spanned more than four years, although you should know this game was a side project we did in our free time, and there were a few break months.

We haven’t explored everything we wanted with this game yet.

It all started in 2017 with, of course, prototypes. It was in September 2017 that we selected the 'Spin Gameplay', and you can find a good part of the evolution of the game through our years of development in this YouTube playlist.

Personally, I have always worked in a very small team, so I naturally kept a scope adapted to our working capacities. But concretely, we had to cut a lot of ideas during development to avoid the mistake of wanting to do too much and finally giving up completely!

Hamelin-Blais: I was in charge of the code. I would say that working part-time affected the project more than being a team of two. I’m used to working in small teams and I love it. I have been lucky to be in teams where the chemistry between us is going well and where teammates are open minded.

Development isn't super-fast, but it gives you time to think if you are doing the proper thing or to address unexpecting situations. With bigger teams, decisions need to be taken faster and development issues need to be resolved faster too.

Smyczynski: Holding on for the long term. My personality likes things to move quickly and I often move on quickly. I had to fight this part of me because I was aware that the road would be long. We are not yet at the end of it!

There was also the financial aspect, of course. For my part, I had contracts allowing me to support myself and free up enough time to progress on Micro RPG. Creating a game is a big gamble. For a long time, we had no idea what level of income we could generate. We are completely in 'bootstrapping' mode.

Hamelin-Blais: To achieve larger tasks over a few days while spending just a few hours a day on it.
Focusing on the game with only short development sessions, between a full-time job, personal hobbies, family and friends.

In the long term, this focus is even harder because you need to update and modify existing parts of the game and code you barely remember to have written! Most of my coding time was in the evening, it’s not where my head (and body) was at its best after a whole day of coding at my day-job. So, It was a constant fight to avoid distractions and keep the focus.

Smyczynski: I followed a process that was quite fashionable a few years ago: the Lean Startup method. This consists of validating a concept (or business idea) very early on without spending months to years on it and risking all your savings! So, at each iteration we had our game tested by a small group of players to see if the fun factor was there! We very quickly validated the principle of the whirling attack, but on the other hand it took much longer in terms of progression.

Hamelin-Blais: We had the core gameplay nailed down, and took a long time figuring out what would be the metagame (all the progression outside the fights.) I would say that when the worlds and mini map were in place it was very satisfying. Players loved it, and I felt that it would become a solid foundation for the future. We could now build more around that.

What can you tell us about your plans in terms of updates (if any)?

Smyczynski: In the next updates we will work a lot on the meta of the game to give it more depth. We know that players are getting through this build quickly. The foundations are in place, we just have to build on them.

We still have a lot of work to make this game sustainable.

On the gameplay side, we are going to think about variants to break the monotony. On the content side, of course we will add new heroes and weapons with rarity levels and associated powers. We will also focus on creating events so that players playing Story Mode can have fun every day.

How happy are you with the game’s launch so far?

Smyczynski: We are very happy with this launch. Not having the means to do UA, the highlighting on the App Store is very welcome! The game has been in Beta for a long time on Google Play to allow us to have a sufficient number of players to validate, or invalidate, our ideas.

While the number of downloads was a few thousand per month, in September 2020 Google Play opened the floodgates and sent us a hundred thousand for three months! We were very surprised and even today we don't know what happened. Since then, downloads have fallen a lot on Android.

For us, this launch is more of a step than an end. We still have a lot of work to make this game sustainable.

Hamelin-Blais: Very happy! We didn’t have any major issues that required urgent updates. Working on the technical side, on a four-year-old project, some areas of the code didn’t age very well so it was a bit stressful. But the players' ratings and reviews are excellent so we are pretty proud of that.

Can you tell us anything about your future mobile projects?

Smyczynski: At the moment, priority is given to Micro RPG. It is having some success but is not yet viable for our very small team. We are therefore not going to embark on another project soon.

What is almost certain is that for the next games, we will stick to fairly simple concepts and with a cute artistic direction that will be our brand. I will try to innovate as I did with the Spin Gameplay. This is what I love about game design and what makes me most proud. I love coming up with fun new experiences!

Hamelin-Blais: Also, we haven’t explored everything we wanted with this game yet. And it’s difficult to come up with a (good) unique and original game and we don’t want to throw it away like that. We see a great potential for the future of this game.