Yodo1 co-CEO Henry Fong discusses the enduring success of Rodeo Stampede, with the title reaching its fifth year of operation in 2021 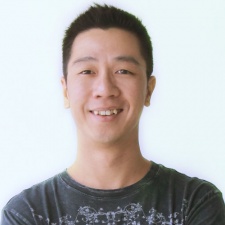 Yodo1's Rodeo Stampede celebrated its five-year anniversary in 2021 – a clear sign of the title's enduring popularity – and while it has been a flagship title for the developer, Yodo1, since its inception, launching a hybrid-casual game with mid-core elements in 2016 was far from a surefire bet.

Henry Fong, co-founder and co-CEO of Yodo1, spoke with PocketGamer.biz about how the game has weaved its way into its players' affections with collectable animals, all the way to its potential future of offline conventions and a media brand empire to rival Angry Birds.

PocketGamer.biz: Looking back on five years of Rodeo Stampede, how closely does the game resemble your original vision?

Henry Fong: Our vision with Rodeo Stampede was always a bit contrarian and that has paid off big dividends. Back then, when hypercasual games were just starting to become a phenomenon, we wanted Rodeo Stampede to be a hybrid, close to the mid-core game, not a simple hold-and-drag to run. Players love having a zoo meta-game where they accumulate animals and build up their own unique animal world.

This experience is further enhanced by constant in-game content updates, ranging from maps, animals, and zoo decorations, to viral social media activities and user-generated content and communities. Last but not least, the vision and essence of Rodeo Stampede have always been built upon our close and respectful partnership with Featherweight Games.

How quickly did Rodeo Stampede meet Yodo1's projections and expectations?

Rodeo Stampede almost immediately exceeded our expectations. We used influencer marketing and local promotion efforts to launch the game, and this approach resulted in the game being the most downloaded in 27 countries. It was later honoured as the 2016 Game of the Year on the App Store and Google Play. In 2020, Rodeo Stampede had more than 300 million downloads.

Mobile games are, in many ways, living entities. What have been the core pillars to live ops and keeping the game current?

Constantly adding new animals, their living habitats, and corresponding zoo spaces is our most significant focus for keeping the game alive and growing. Furthermore, in-game content and live-ops activities are linked to festive and seasonal factors: we have the Auspicious Buffalo for Chinese New Year, Giraffemas Tree for Christmas, and Thriller Wolf for Halloween, to name a few.

Other than that, we actively seek out chances of cross-over opportunities with other games, to connect games user communities, and offer players of multiple gamesa chance to diversify their player experience. These not only build up the game’s ecosystem but also keep it and its users in constant interactions.

Furthermore, we keep up with our users on many platforms. We stay up-to-date with their trends and desires and create opportunities for them to interact, as well as for us to interact with them and understand them better. For example, when Tiktok started to go viral in 2018-2019, we held a 'highlight moments' activity on Tiktok that captured four million views in only two weeks.

What adjustments are being made to ensure Rodeo Stampede's long-time fans are being served, as well as bringing in a new audience?

Again, we must emphasise that animal diversity is the key to Rodeo’s core loop and meta-game. Therefore, new animals are constantly added to the game, and we actively involve our players in the process. Our fan-created Snow Queen ostrich and the Women’s Day Liponess [Editor's note: a portmanteau of 'lipstick' and 'lioness'] come to mind.

Of course, to truly diversify the animal world, you also need to diversify their natural environment. New maps are regularly added, and for the first time, we are opening an aquarium. This request has become a reality thanks to the voice of our beloved sea cowboys, and it will add new ocean animals and new game mechanics.

Can you tell us about the continued monetisation of Rodeo Stampede – what have been the peak periods, and what changes have you made to your approach over the years?

At one point in 2020, we saw a three-time increase in our user value, while most other casual to mid-core games would likely have gradually phased out by this time of their life cycle. We believe the harmonious mix between simple run-and-catch core gameplay and an ever-diversifying world-build-up metagame contributed significantly to this success.

In terms of our monetisation approach, we aim to balance advertisements and in-game purchases. For ads, we have experimented and gone through many changes. Now, our most significant ads revenue contribution comes from rewarded videos, one that users would willingly watch in exchange for an in-app reward.

Furthermore, by offering items or tasks that can be achieved through a variety of compelling IAPs, we can meet players’ various desires and keep them playing the game. If players are willing to watch advertisements, they have advertisement rewards. If players are willing to pay an appropriate amount to relieve their ads burden, they can also do that.

Five years is both an extremely long period of time for some games, and similarly nowhere near the end of a lifecycle for others. Where do you foresee Rodeo Stampede in the next five years?

Over the next five years, we envision that Rodeo Stampede will become firmly established as a household name among mobile game players. A real 'must play' game that most all mobile gamers know, love, and recommend to their friends.

Ultimately, we would like Rodeo Stampede to become a memorable intellectual property [...] cartoons and plushies

The first major change will likely be an online or battle mode. We imagine two to four players can join each other in an online race where they compete for the distance or the number of animals tamed. There could also be a leaderboard where one can see the progress of top-server players or simply nearby players. This would also be a foundation for tournaments.

From this point on, we would like to further expand our social interactions, and we don’t mean mere Facebook events or Tiktok Marathon. We are aiming for offline fan meetings in key markets and regional tournaments!

Ultimately, we would like Rodeo Stampede to become a memorable intellectual property. Sequences, cartoons, and plush toys will keep Rodeo Stampede living on and on. The original game itself will stand as an example, while its spin-offs and merchandise become a part of the life of its fans and their communities.

What are the critical lessons learned from Rodeo Stampede that have influenced Yodo1's subsequent releases?

The biggest lesson is that our players, our beloved cowboys, are at the core of our development and operation. Our ocean world, our holiday battle pass, and our crossovers are a reality because of them. We will continuously listen to our players, involve them across platforms, and put more effort into enhancing their experience.

Secondly, continuous content updates help the game renew and sustain itself. Five years would be an extremely long time for some games, but "there is practically no old game," as our CEO once said. It will always be new (and renewed) to a group of players. With more and more content, we will be able to keep the game vibrant to our loyal users and become more relevant and exposed to a broader audience of potential cowboys.

Lastly, collaboration is the key to success, and we would like to reaffirm our appreciation for the long-lasting collaboration with Featherweight Games. This deep partnership is the foundation for all the success we have had with the game.