With the crumbling of the walled gardens, now is the time to market directly to players, says Xsolla

Meet the mobile games and Web3 experts at Pocket Gamer Connects Seattle, May 9-10 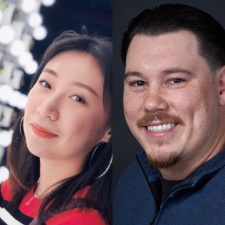 Pocket Gamer Connects – Europe's leading mobile games industry conference – is heading to Seattle as we bring an array of incredible speakers, industry experts, and unparalled networking opportunities to the US west coast on 9-10 May 2022!

You can check out our speaker lineup, but to give you a teaser for what you can look forward to, we spoke with our speakers to share a little of what they'll be speaking on, and their thoughts of the mobile games industry.

PocketGamer.biz: What’s the most common mistake you see being made in the games sector?

Nick Yamauchi: Only focusing on major platforms for their sales.

Where are the next big opportunities in the mobile games market?

Hannah Zhang: Changing dynamics in store ecosystems. The app economy is becoming more democratised, spurred on by the Apple vs. Epic Games case.

Epic believed that Apple had too much control over its app developers, which is why they proposed a universal app store that would take lower commissions. Due to the battle, today, developers can direct users to their personal sites to collect payments for subscriptions or in-app purchases, rather than going through the App Store and paying a fee.

What do you think the next big disruptor in mobile games will be?

What is the single biggest challenge facing the mobile games industry today?

Yamauchi: Fear of Apple or Google removing games from their store fronts.

Zhang: Stand out among thousands of other mobile games. Players expect PC-quality experiences on mobile

What is the most overhyped trend from the last 12 months, and why?

Zhang: Play-to-earn is the most influential business model since pay-to-play, and more recently, F2P. Developed with blockchain technology, P2E games let players generate real income held in a crypto wallet – they can even resell their assets whenever they want.

With the free-to-play or pay-to-play model, users spend virtual currency to get upgrades, progression boosts, character skins, etc. but the currency has no value outside of the game. So, when a user churns, the currency disappears.

On the other hand, with the P2E model, users buy or earn currency and resources that they can trade or sell to other players. Outside of the game, these assets can be sold for cryptocurrency, which can then be converted into fiat money.

If you could give other mobile games companies one piece of advice, what would it be?

Yamauchi: Market your game, not the platforms your games are on.

There’s no place like Pocket Gamer Connects Seattle to connect with incredible industry leaders like Desiree Dickerson. Don’t miss out on attending our West Coast conference – secure your seat now and get early access to our meeting platform to schedule all the meetings and see who all will be joining us in Seattle come May 9-10.

Play-to-earn is key, but security issues must be dealt with now, says Edgegap's Jeff Tremblay