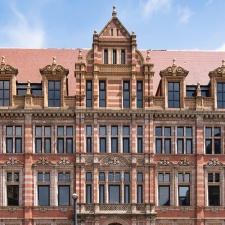 Founded in 2012 by ex-Rockstar Games developer Simon Iwaniszak, the Huddersfield-based company focuses on experiences across mobile, console and PC.

The new, bigger office can be found in Park Row House in Leeds city centre, as the team looks to increase its workforce.

Red Kite Games was acquired for a total of £2 million ($2.43 million) in February and marks the third purchase that Sumo has made since going public at the end of 2017.

“Based on the volume of work we have, and our immediate recruitment goals, we decided that the time was right to move to bigger premises,” said Iwaniszak.

“We’re really excited to take Red Kite to the next level in a city full of talent. Huddersfield has been very good to us thanks to our close relationship with the University, but our new home is only a short distance away, so everyone on the team has been able to make the move with us.”

A brand-new studio dedicated to mobile games in Leamington Spa was recently opened by Sumo Digital. We spoke to studio head Chris Southall and general manager Harinder Sangha on how the firm looks to adapt for the mobile market.