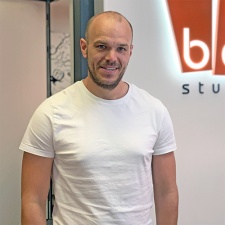 Clough has worked in the industry for some 17 years, joining RuneScape maker Jagex in 2002 as a member of the customer support team, rising all the way up to the role of chief operating officer.

He left the firm in 2012, joining Moshi Monsters studio Mind Candy in April 2013 but departed at the end of the year. He founded Rescover in July of the following year before being hired by DIGIT Game Studios as its COO in June 2016.

“The team here creates over 100 prototypes every year with monthly Game Jams that everyone from HR and finance to the designers and programmers participates in and it’s these little prototypes, or ‘jamlets’ as we call them, that get made into groundbreaking games.

"To scale up creativity, make great ‘jamlets’ and to turn them into the best possible finished titles we’ve grown our team from 25 to nearly 100 and are actively seeking to fill other senior roles.”

The full story is over on PCGamesInsider.biz