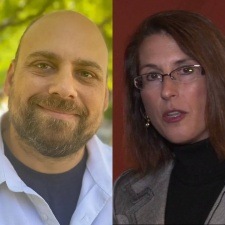 Bozon has been appointed as a senior creative leader for Disney's cross-divisional Next Generation Storytelling, whereas Astromoff is leaving to commit as a full-time climate activist.

Variety originally reported that, after 12 years of experience at Apple, Bozon announced his departure from the company in a tweet on May 20, stating “I'm off to an absolute dream job”.

Bozon will now be responsible for Disney’s new Next Generation Storytelling concepts, including assembling a multidisciplinary team that will work with Disney’s various arms, including gaming, cinema, television, toys, theme parks, and other businesses.

Additionally, Astromoff recently made an announcement about moving on to her career as a full-time climate emergency activist.

On June 1, she tweeted her comments about starting a new career-life path: “I’ve learned that to prevent the worst #ClimateCrisis outcomes, *now* is the best time to act. Carbon emissions grow exponentially, so every bit of fossil fuel we *don’t burn now* has a huge benefit over decades. Butterfly effect!”

“The more I learned about the power of moving quickly to #renewables, the harder it got to do my day job. I just could not focus on #videogames when every time I stepped outside, I saw evidence of a warming climate. Including watching my neighborhood burn.”

Apple Arcade remains far from the firm's priorities, but other firms including Netflix have shown confidence in the subscription model. You can check out our list of every Apple Arcade title through this link.