Former Paradox Interactive CEO joins Copenhagen studio, as the firm plan further expansion of its board of directors 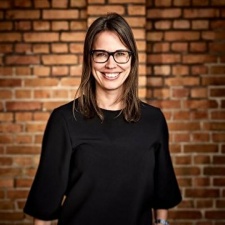 Former CEO of Paradox Interactive Ebba Ljungerud has been appointed to Nordisk Games’ Board of Directors, where she will support the leadership team, scope new investment targets, and strengthen partnerships with existing partner studios, including Supermassive Games and Nitro Games.

“I’m thrilled that Ebba has joined the Board of Directors. We have ambitious growth and development plans going forward, and I’m certain her experience and knowledge of the games industry will play a vital part in this in the years to come,” said Allon Mathson Hansen, Chairman of the Board, Nordisk Games.

At Paradox, Ljungerud led the company during the development of games such as Hearts of Iron and Stellaris. Prior to this, she held various executive management positions at Kindred Group holdings, including as COO. She has also worked as an independent advisor within the games industry.

Nordisk Games plans to expand its Board of Directors further throughout 2022. Since 2017, the company has invested more than €200 million in European games studios.

Ljungerud stated: “The Nordisk Games team has built a really unique portfolio of artistic and creative studios, so I’m really excited to begin working alongside them. The company also puts a lot of focus on delivering real strategic support, giving partner studios the tools to create the best games possible. I’m looking forward to being able to contribute to their continued success, and make some great games along the way."