Wooga gets into the IP game with the announcement of Futurama: Game of Drones 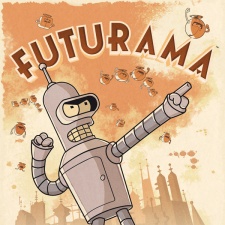 Berlin-based casual mobile developer Wooga has announced its making a game based on Fox's Futurama IP, which ran for seven series between 1999 and 2003.

Futurama: Game of Drones will feature an original storyline written by Dave Grossman (Secret of Monkey Island, The Wolf Among Us), Jonathon Myers (Game of Thrones: Ascent) and Patric M. Verrone, a member of the original Futurama writing team.

As for the overall context, the puzzle-based gameplay will see you playing as the Planet Express crew (Fry, Bender, Leela etc), delivering dangerous cargo to hazardous locations under ill-advised circumstances as you compete with shipping rival MomCo.

As yet, no release date has been provided.

Futurama: Game of Drones will join an array of mobile games based on animated cartoons including the top grossing The Simpson: Tapped Out and Family Guy: The Quest for Stuff.

Standard delivery: the monetisation of Futurama: Game of Drones