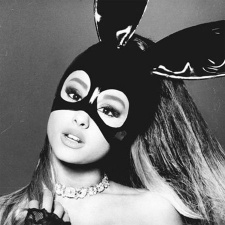 The announcement was made via Grande's Instagram account which at present has 93 million followers. She shared a picture of her in a meeting with what is presumably Square Enix execs, as well as a video of animations from the game.

The star will appear in a black bunny outfit similar to the one worn for the 2016 certified-Platinum album Dangerous Woman. Her character will use music to damage enemies.

It's not the first time Grande has partnered with a mobile game. In April 2016 she worked with Seriously to promote Best Fiends as part of Apple's Apps for Earth campaign.

Final Fantasy Brave Exvius crossed a milestone of eight million downloads in November 2016 five months after launching outside of Japan. Including Japan downloads, it has surpassed almost 15 million to date.