Competition to join project as 3D artist announced at GDC 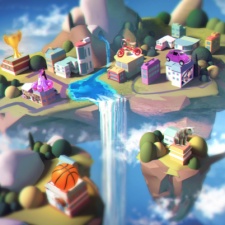 The games designer and creator of The Sims, SimCity and Spore, Will Wright, is working on a new mobile game called Proxi. The title will be developed by Wright’s games studio, Gallium Arts, and was unveiled at Unity’s keynote talk at the Game Developers Conference in San Francisco.

It is set to be a simulation game built in Unity software that allows players to create worlds from their memories. The project is the first Wright has embarked on since photo-based social network Syntertainment launched in 2013 and his first games endeavour since Spore released back in 2008.

Wright and Gallium Arts also announced a competition in partnership with Unity called the Proxi Art Challenge. Artists will be invited to submit their creations for the chance to get an opportunity to interview with Wright and the Proxi team for the opportunity to be hired as Proxi’s 3D artist.

Participants are challenged to come up with three of their memory-inspired environments and will have up until May 14th to enter. If you would like to join you can do so here.