EA reveals Command and Conquer Rivals for iOS and Android

First brand new entry in the franchise to come to mobile 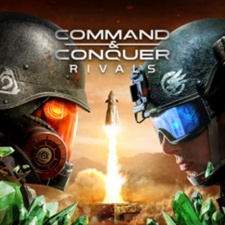 Beloved strategy franchise Command and Conquer is coming to mobile.

Announced on-stage during Electronic Arts' E3 press event, Command and Conquer Rivals brings the real-time strategy gameplay the series is known for in a real-time player versus player style.

The title was revealed in a segment where two strategy pros went head-to-head complete with shoutcasters. Android users can test out the game right now with Rivals Pre-Alpha.

“As huge fans of the strategy genre, we wanted to build a great RTS on mobile. Rivals embraces the spirit of the Command and Conquer franchise and reimagines gameplay to deliver our vision,” said Redwood Studios GM Michael Martinez.

“Rivals is specifically designed for mobile, so we’re giving players quick, head-to head live battles with continuous unit control, where skill and strategy reign supreme. The Google Play Pre-Alpha test allows us to put the game in the hands of our players earlier.

We can’t wait to hear what they think and will use our players’ feedback to make Rivals better. We, the development team, are committed to delivering a fun, fair and competitive experience for all players.”

The news comes after a new Red Alert-inspired Command and Conquer game from Tencent was announced for China.

You can see what else was at EA's E3 showcase over on our sister site PCGamesInsider.biz.