A year on from the puzzling sequel’s launch, Ustwo releases an impressive infographic 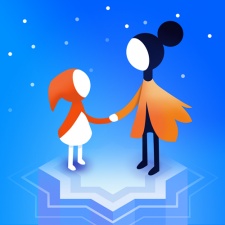 Monument Valley 2 brought in over $10.4 million in revenue from almost 3.5 million sales during its first year.

Developer Ustwo has released an infographic on Medium providing an overview of the puzzle game’s year since launch last June.

Development of MV2 cost the company $2.3 million, with half a million more on marketing. The sequel sold over two million copies on iOS, accounting for 59.3 per cent of its platform distribution. China accounted for 62.3 per cent of purchases and 91.4 per cent of unique installs.

Interestingly, Google Play accounted for 229,225 sales, whereas iOS made up more than two million. Amazon made just over 20,000 sales, while other platforms generated a combined 1.1 million.

The statistics are more impressive when considering both MV2 and its predecessor are premium games.

Ustwo noted that making a premium game is “bloody hard” in the current climate, but hopes that being transparent with its financials will help others get a grasp on the market.

“Admittedly Monument Valley is a bit of a unicorn in this space with regards to how well it’s performed over the years (succeeding on a level we could never have expected or predicted), but we hope this latest set of data might help others to set a yard stick for something towards the top end of profitability,” said studio head Dan Gray.