Pacific Rim: Breach Wars soft-launched in the US back in April 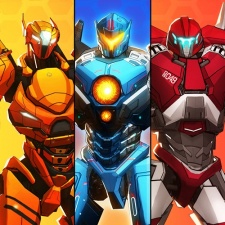 The acquisition was formally completed back in May and will see V2 Games join the company’s media division, which focuses on games and films along with augmented and virtual reality.

The purchase comes off the back of V2’s recently released Pacific Rim: Breach Wars, which was produced in partnership with Los Angeles-based developer Kung Fu Factory.

According to Victory Square, Breach Wars has accumulated more than two million users in North America since soft-launching in April.

It also debuted at fifth on the RPG charts in Canada and at 13th in the United States. The title is expected to launch in Asia in the near future.

“Our focus, of course, is on leveraging these results for our shareholders, but as a high-tech team that loves to entertain and empower, we are also delighted to see the critical praise for our entertainment arm, including V2 Games and the very positive reviews of video games such as Pacific Rim: Breach Wars,” said Victory Square CEO Shafin Diamond Tejani.

“We set out to create a truly-integrated media and content division, and with the integration of V2 Games into our operations, we have finally achieved that major milestone.”