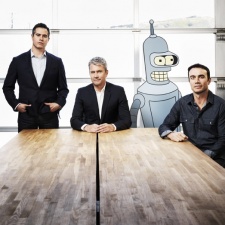 Hot off the success of Harry Potter: Hogwarts Mystery Jam City is reportedly once again considering an initial public offering.

People “familiar with the matter” have told The Wall Street Journal that the publisher could be eyeing up a valuation of $1 billion.

Jam City could file for a public flotation with the Securities and Exchange Commission as early as this week.

The company is said to have picked JPMorgan Chase & Co and Bank of America Corp as the lead underwriters.

For a while now Jam City has been flirting with the idea of an IPO.

Previously called SGN before a rebranding in 2016, the publisher bagged a $130 million investment from South Korean games giant Netmarble.

In early 2017 CEO Chris DeWolfe said the company was considering a flotation in the second half of the year.

Jam City had been considering the move off the back of the success with the Panda Pop and Cookie Jam IPs.

Later in the year though the IPO seemed to be on hold, with DeWolfe suggesting a 2019 flotation.

When we asked Jam City president Josh Yguado about a potential IPO during GDC earlier this year, he said the company was not commenting publicly on the matter at that time.

But following the success of its licensed mobile RPG Harry Potter: Hogwarts Mystery and its acquisition of Colombian World War Doh developer Brainz, Jam City may feel like now is the right time to go public.

Why Jam City’s IPO is on hold