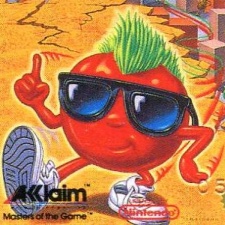 The rights to titles such as All Star Baseball, NFL Quarterback Club, NHL Breakaway, College Slam, Dirt Trax FX and Kwirk were snapped up as part of the deal.

A statement from the company said it would look to remaster the games with improved graphics.

The company was of course bullish about its chances to make a success of the titles in the modern market. It pointed to the success of the NES Classic, which was the best selling hardware in the US in June above PS4 and Xbox One.

“Sony is gearing up to release a revamped version of its iconic PlayStation Classic just in time for the holiday season and Nintendo's retro consoles have sold millions of units in the past couple of years.

"This title acquisition along with our studios' proven 25-plus year track record kicks off Liquid's growth strategy."

"This acquisition advances our strategy of unifying our publishing, studio, distribution and development subsidiaries and leveraging industry partnerships to efficiently create and distribute exciting content to meet the demands of new platforms."

Liquid Media first floated on the NASDAQ in 1993 but over the last eight years it has struggled to return its share price to the highs of 2006 and 2007.

At last close its shares were worth $0.86 each.