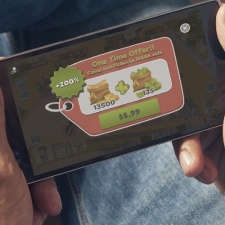 Unity has launched version 3.0 of the Unity Ads SDK which introduces new features including personalised placements and banner ads.

Now in open beta, personalised placements use machine learning to serve up ads or IAP promotions based on each individual players’ habits and preferences.

Unity is able to track whether a new player is likely or unlikely to purchase any virtual items. For those players, Unity will serve a rewarded ad instead. For more likely spenders, an IAP promotion will be surfaced.

The company claimed that during the beta so far game revenues on average increased by 15 per cent - with all studios reporting an uptick in earnings.

Only those using both Unity Ads and IAP Promotion can take part in the open beta.

As part of the SDK 3.0 update, Unity has added support for augmented reality ads, enabling developers and marketers to show ads in the physical world through an AR lens. Unity said that during beta it saw completion rates of between 30 and 35 per cent.

Banner ads have also been added to the new version, with support now open to all publishers.