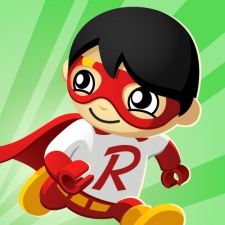 Tag With Ryan is the company’s first game, releasing on both the App Store and Google Play in December 2018.

P.W Games partnered with Animal Jam developer WildWorks to make the game. It’s worth noting that the Ryan ToysReview channel currently has more than 18 million subscribers, making him one of the site's biggest content creators.

Tag with Ryan has already been downloaded more than one million times. P.W Games now plans to follow this success by partnering with Outright Games to create a kart racing console game called Race with Ryan. The title is expected to launch in autumn 2019.

As well as the two titles starring Ryan, P.W Games is also working on P.W Putting Planet, which is set to release on mobile in Q1 this year. Working alongside Superstar Games, the free augmented reality title will take inspiration from HobbyKidsTV and will be based around mini-golf.

Pocket.watch on how partnering with influencers gives it an edge in the mobile games market