Nine months ahead of release, Sonic is going back to the drawing board 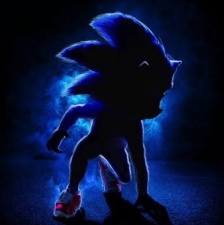 Sonic the Hedgehog movie director Jeff Fowler has promised a radical redesign of the blue blur following a less-than-stellar reception to the theatrical trailer this week.

Reactions to our first look at the Sega mascot’s cinematic outing was mixed, to put it lightly. In the wake of the blowback, the film’s director took to Twitter to propose a radical redesign of the movie’s main character, nine months before it premieres.

There are a myriad of issues that have been cited with Sonic’s design. Sitting uncomfortably between a poor CG model and a man in a blue fur suit, franchise fans were vocal in their disgust.

"Thank you for the support," said Fowler. "And the criticism. The message is loud and clear, you aren't happy with the design & you want changes. It's going to happen.

"Everyone at Paramount & Sega are fully committed to making this character the BEST he can be."