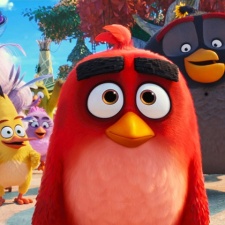 At the time of writing, the Rovio-owned film adaption holds an 82 per cent approval rating from 28 reviews which see it top the list for video game films. However, the flick’s audience score has come in lower at 66 per cent.

The new film stars Jason Sudeikis, Josh Gad, Danny McBride, Maya Rudolph, Peter Dinklage and Bill Hader, all reprising their roles from the first movie. The story centres on a mysterious purple bird named Zeta that has arrived on the island with the aim of summoning a new ice age.

The Angry Birds' original big-screen debut released in 2016 and currently sits at a 44 per cent critical score.

Video game films in 2019 have seen a higher reception than in previous years, with Detective Pikachu sitting at a 68 per cent for critic approval and am 81 per cent fan rating.

The live-action Pokemon film went on to gross $436 million. making it the most successful movie ever based on a video game.