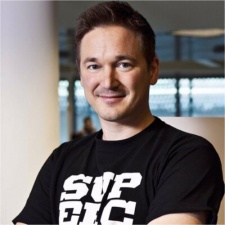 Supercell CEO Ilkka Paananen has been named the highest-earning person in Finland for 2018.

Information on the wealthiest citizens in the country is revealed on ‘tax day’, an annual publication of tax data released by Finland’s Tax Administration.

This year was the first time that some affluent Finnish residents were granted exemptions to keep their names off of the list, with 231 people being removed as a result.

The tax rate on personal income in Finland is currently 51 percent.

When Tencent acquired its majority shareholding in Supercell in 2015, Paananen, Kodisoja and Supercell executive Lassi Leppinen founded the the charitable Me Foundation.

Funded with €200 million from that deal, its goals are to diminish social equality and the exclusion of children, youth, and families in Finland.

Supercell has also always highlighted its 'pro-tax' status as it doesn't make use of tax avoidance schemes.