The BBC launches its first online mobile game for children

No microtransactions or loot boxes 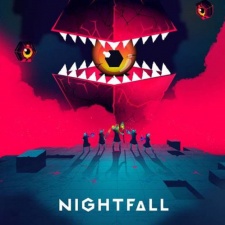 The BBC has launched its first online multiplayer game for mobile devices.

Nightfall is available through both the App Store and Google Play, and can also be played in browser on the BBC website. An original IP, the game is totally free to play and aimed at children. It encourages players to work together to overcome their enemies.

As the game is aimed at children, the company has aimed to make the game's environment as safe as possible - there are no microtransactions or loot boxes. Players are also blocked from sharing personal information with other users.

"Nightfall is a wonderful new game that puts collaboration before competition, giving young gamers the opportunity to team up and work together to defeat the enemy characters," said BBC children's and education director Alice Webb.

"It's also been designed with safety at its heart - we've carefully built this game in such a way that children can feel free to play, explore and have fun with their friends online while their parents can have confidence that they're doing so in a safe and secure environment."