It's the third acquisition 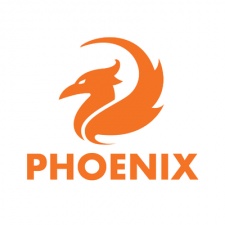 The Romanian studio is Phoenix Games' third acquisition. The main focus of Studio Firefly is to work on existing IPs by providing live operations. On top of this, the company offers development services and expansion to new platforms. It is headed up by Diana Cecillian Dan and Rene Laurent.

"As soon as I heard the Phoenix Games mission, I wanted to be involved," said Laurent.

"As an experienced studio head who's encountered firsthand the challenges of running and scaling a games company, I identified with the problems that Phoenix is setting out to solve. I'm very excited to grow Studio Firefly into a key part of the Phoenix Games family."

Welcome to the family

"Phoenix was built to address the needs of today's game developers, and it quickly became clear to us that a skilled live-ops studio would be an extremely valuable component in the Phoenix family," said Phoenix CEO Klaas Kersting.

"Phoenix provides game entrepreneurs the environment and resources they need to effectively build for long-term success. By adding Studio Firefly's skills to the family, we further our promise to our studios of creating the best ecosystem for their needs in the industry."