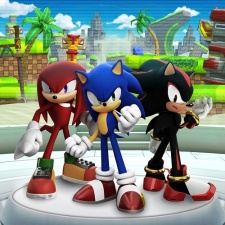 The studio confirmed the milestone (via Twitter), which has continued to do well for the firm since its launch in November 2017. Sonic Forces is currently standing at $4.2 million in lifetime revenue from user spending, according to Sensor Tower data.

In comparison to other Sonic mobile games, Sonic Forces is one of the best performers on the platform. However, it does trail behind Sonic Dash at $10.4 million, but that title did release nearly four years earlier.

Sonic Forces has bettered hugely on mobile compared to its console counterpart, with the game sitting at a 4.6 star rating on the App Store from 40,119 reviews. On Nintendo Switch the game sits at a critical consensus of 57 out 100 on Metacritic.

The Leamington Spa-based studio has helped to keep the game relevant with regular updates and media tie-ins, such as implementing the movie version of the Blue Blur.

50 Million Downloads! Thank you to our awesome fans for this unbelievable milestone in #SonicForces Mobile. pic.twitter.com/iWcsS4xt1j

We recently spoke to SEGA Hardlight studio director Neall Jones ahead of the seven-year anniversary of Sonic Dash and launch of the Sonic the Hedgehog movie.

Following this, the Sonic the Hedgehog film was stopped in its tracks as the coronavirus delayed the release of the flick in China.