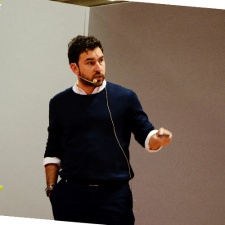 These details were shared by Tencent senior consultant Aras Senyuz during his talk at Pocket Gamer Connects Digital #2 on "Reasons why Eastern Games Succeed in Europe and US".

One of the biggest proponents for succeeding in the West was put down to the "power of IP". An example of this was Netmarble's partnership with Marvel on mobile action RPG Marvel Future Fight, which has proved to be hugely successful.

Next to this, tweaking gameplay, changing up tutorials and localisation were all put down as necessities to consider. PUBG Mobile for instance in Asia features characters with more "child-friendly" appeal, however in the West these characters are aimed at an older audience.

While in Asia, WeChat and TikTok are a must for social integration with games, in the West this would need to be changed to the likes of Facebook, Twitter and Instagram.

This cultural appropriation applies the same for in-game events, as a developer would not want to implement a Christmas event to a country that does not celebrate the holiday.

Finally, time was devoted to explaining the differences between purchasing behaviour, as players in East will more likely spend immediately to catch up to competitors while users in the West will wait a little longer to assess. This can vary how long developers would like to offer certain in-game monetisation.