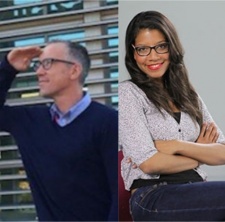 The world has been battered and bruised over the years, and it is time for the human race to do their part to look after it. Even if people would prefer to believe global warming is a myth. With that in mind, what exactly can the games industry do to be more green?

In a keynote speech for the Incredible Indies + Industry Visions & Values track at Pocket Gamer Connects Digital #2, Space Ape Games content marketing Deborah Mensah-Bonsu and UN Environment chief for education and youth Sam Barratt explained how the industry is signing up to play for the planet – also known as turning games green.

"The global spread of gaming makes it not just a North American opportunity but a global one," said Barratt.

Around 2.6 billion people play games worldwide, a vast number of people that can be educated through titles to discover what difference they can make through the power of games.

Only 20 per cent of e-waste is recycled, a little number that could be improved upon as the years go by. However, By 2021 gaming will be the most significant source of data traffic.

Rovio is doing a good job with using Angry Birds character Red for different issues, and Minecraft has embraced education. Sony is also working on making the PlayStation greener by lowering the wattage found in its consoles.

The UN wanted to create a space for a member of the industry to make a change. Currently, there are 24 companies working on creating a greener planet in various ways – Supercell, Sony, Rovio, Ubisoft, Twitch, Green Man Gaming, Microsoft, Space Ape, Niantic and more.

What can you do

"It depends on where you are playing as to what the greenest way to play is," said Barratt.

Not only that but other factors such as the file size can make a difference to how green a game is. Currently, Sony is working on research in the subject with Microsoft also expected to take a look at these issues. However, It is worth bearing in mind that when compared to other activities, gaming fares quite well against other hobbies, such as going to the cinema.

"Staff will feel more motivated when working for a company that cares about the planet," said Mensah-Bonsu.

A lot of people are trying to go greener. As such, they may look for a company committed to making a change. To make a difference to its carbon footprint Space Ape has got four behaviours it is working on.

Firstly, a company should define what fits into its scope – what can it change for the better – such as travel and the waste that it generates. Next, You "start to get comfortable with estimates" because it will be hard to be completely accurate, maybe overestimate to cover your carbon footprint.

Next, it is time to offset – "by offsetting you're trying to buy a clean conscience." Really, it is just a part of the process. It is a way of attempting to balance the emissions that are produced. Ways to offset include community projects such as planting trees.

Space Ape has invested in various projects to help the world; they had "a lot of secondary benefits." On of the projects it took on was Cambodian Water Filters – it helped to save the health of villagers who need to boil local water in their homes in an attempt to make it safe to drink.

Finally, a company needs to Mitigate, such as making its travel clustered. Mensah-Bonsu claimed "we committed to reducing our footprint by 10 per cent," but that will be achieved no problem through current circumstances, many companies will lessen its carbon footprint due to coronavirus.

Space Ape has made changes through making recycling easier, and it brought in keep cups. Furthermore, it is "trying to help over studios to do the same," and "trying to educate our players through our games if we can."

Space Ape held a Green Mobile Game Jam, 11 different companies participated in the jam. However, due to the coronavirus, the jam worked differently than usual.

There were four objectives in the event; the first was to work around the four behaviours, as mentioned earlier. Next was Reforestation, which involved helping nature through gameplay. The third objective was renewable energy; how can you educate players on it – solar panels on the roof are an example of renewable energy. Finally, those taking part could create a sandbox title to prevent limits.

"You need some people to care. Two people at least" said Mensah-Bonsu.

It makes it a lot easier to make a start on changes. On top of this, asking experts on climate change can go a long way in creating an authentic and engaging experience for your players. Combining knowledge of various experts is critical.